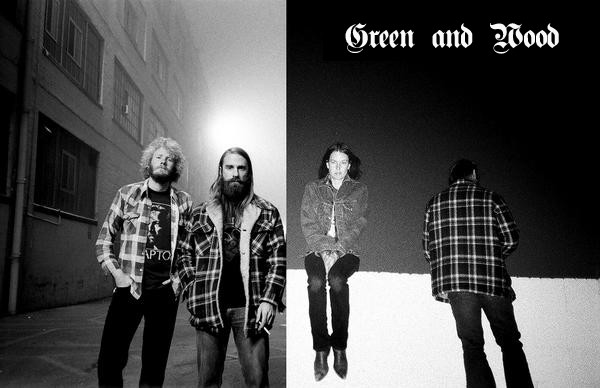 PsychedelicRock from the USA
Green & Wood


And we know, ash falls from the sky, when a volcano angers. Patient men wait... To see the fallout of the great scene. It is heavy, and when it starts, it does so, with a furious roar, a blast that makes people notice. The process starts slow and deep, and builds...rises to the top, and begins its journey into the dark, heavy molten...it's dark and repetitive. It's nothing new but alas, it is something still so unique. The Banquet of Jupiter is this... a transmission from the volcano's core....

It starts its push, it's fearless, tearing, and smashing everything in its way... It's Rockin' Real Hard. You see it on its path of destruction. We as the people can feel its power, overwhelming; you watch the fear in the other's eyes. Panic... damn it's just too awesome to stray ... it's captured your mind.

As it careens down the hill, it mesmerizes everything in its way. We feel the bass of the earth, shake...drawn to the volcano's power, it unleashes its Ashes of the Heathen Corpse. It has taken natures gifts, its life, all in its way. Do we run, Face the inevitable doom? Clouds of the ashen sky punish those above. Silence in the air. It is yet slow & hard, but oh so heavy and raw. The sky above is dead. The war in the sky has started ... blood in the clouds, thick smoke, no chance for the air and its grave.

Now I see fear kick in, people all around running in all directions. A power so beautiful to see, nature's construction of fear, finally the molten lava has crossed down the slopes of the dead rock. It's on its course; it's ready to release the juggernaut of heat on the ground below. No wall of sound can compare to the absolute beauty of the power on hand. It is the people's darkest hour.

What you once might have called you castle is no longer an object of desire. Memories lost, new memories gained. How can you fault the cycle of life that surrounds us all? It's heavy, unique, and punishing to the soul. My ears hear the sounds of music not heard since the times that past many moons ago. This is what we call Green and Wood. A wall of sound, that travels slow, heavy... punishing riffs... It's got its own magic. Sure it may have it similarities with years past, but it holds onto its vision oh so well. It molten, its lava... It's heat to its core.

You wanna get punished, feel stoned, fall down the well of doom...and be pleasantly surprised. Then Green and Wood will get you there.

Reviewed by Will Bissonette 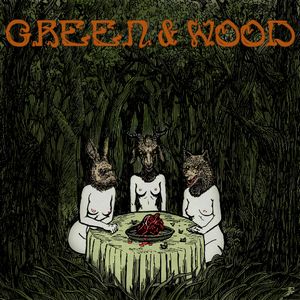