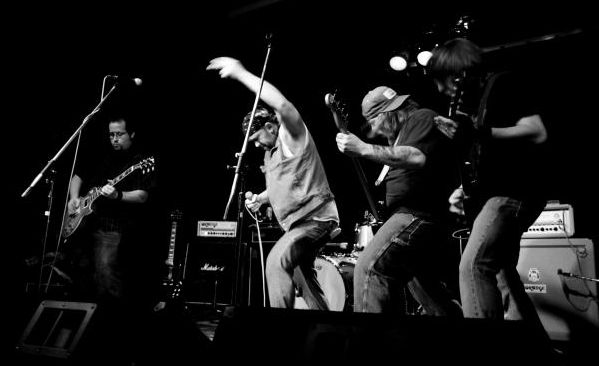 
Rock and Roll music is, has been, and always will be what SUPERCHIEF is about, It all Came about in the fall of 2008, when two guitar players Jason Monroe, and Riccardo Terranova, who had been playing together for a couple of years decided to elaborate on a musical idea that they felt needed to see fruition. Through some experimenting with carious local musicians to fill in the gap, anxiously awaiting where the road would lead. It was then, in the fall of 2008 that the band's new direction was found. Bassist, Jason Boten was added to the roster, followed shortly by drummer, Ryan Marcum, both of whom auspiciously replied to an add in Craigslist, seeking to quench their rock-draughted thirsts. After trying out a number of singers, the four guys grew disenchanted and skeptical, thinking they would be unable to find the missing puzzle piece to fulfill the "SUPERCHIEF" sound they felt the masses needed to hear. When hopes were fading, in enters JT Strang. JT came into audition and blew the four of them away. His vocal punctuality, his stage presence, his range, coupled with a healthy dose of moxie gave SUPERCHIEF just what they needed. All the ingredients where there, now how to mix the ingredients...

SUPERCHIEF, now with a new lease on life, was ready to start playing cranking out songs, playing as many shows as possible, and to start spreading their Rock and Roll agenda, to whoever would listen. Playing shows with seasoned touring acts both national and worldwide including; The Parlor Mob, Droids Attack, The Giraffes, Bloodcow, Township, Chylde and many others, SUPERCHIEF began to see something happen. Their fan base began to grow, and draw listeners from different music "scenes". Be it, indie, rock, or blues, there is something for everyone. SUPERCHIEF had become a Des Moines staple, but that didn't satisfy their thirst. Far from it! They are now game-planning a systematic attack plan, that will bring their Rock and Roll agenda to your town. SUPERCHIEF holds fast to the theory that "seeing is believing," and they want the chance to win your rock and roll hearts, one by one. The Key ingredients were now mixed, throwing in a dash of determination and a teaspoon of grit for extra flavoring, all they need now is a product to help spread their agenda.

With a full arsenal of material, and the ingredients mixed, knew it was time to get a record out. In April of 2009, they entered the fames Sound Farm recording studio to record their first EP. The guys went in, without the use of a click track, without Auto Tune, without the layers of reverb, and with the intent that overproduction ruins the true character of a recording, and cranked out 6 songs in one day. SUPERCHIEF wanted the energy to be conveyed through the recording. They wanted the little imperfections; the slight tempo variations that a live recording gives you, the excitement, and the stripped-down rawness that they felt passionately was missing in the majority of new recordings. With the help of engineer, Ryan Martin and the mastering of Terranova, they got exactly what they wanted. SUPERCHIEF's ep, appropriately titled "Rock Music," takes the listener on a debauchery-soaked ride, dealing with faux topics such as religion, sexuality, and the Rock and Roll lifestyle. SUPERCHIEF's long awaited release is available on iTunes and Amazon.com as well as at any venue that is lucky enough to have them.

From the opening beer tab pull of the first song "Georgia Trucker Fun", you can tell these guys are out to prove there's more to Iowa than cows and corn fields, you can hear that they believe in themselves, which in turn, makes u believe too. They got balls of steel riffs, and attitude that lasts for days, without taking themselves too seriously. All in all this is a great first effort by another worthy band to keep an eye on in the future. Get it in your head! 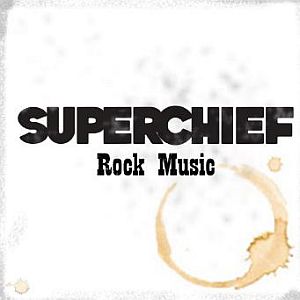