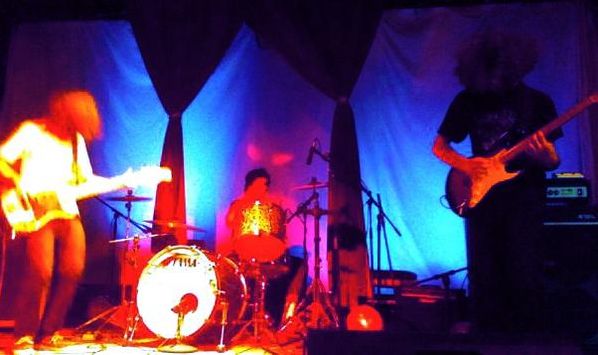 
This Demo surprised me a lot, at first I was not convinced and had my reservations about it, but after a good week of solid playing and giving it, the chance it deserves it grew like a space cake on a glorious summer night, under a starry sky! Layered with psychedelic and trance like hypnotic riffs, slow simple drum patterns and a big groovy bass this 3 piece elephant of the sky produce a voyage that is for the enhanced mind.

70's influences shine right throughout this 44 minute demo, touches of Hendrix, Buffalo and Blue Cheer can be heard along with some newer inspiration from the Spanish and South American styled bands, Los Natas, Mermaid and Viaje a 800. I actually thought these fuzz cats were from that region, only to be found wrong. Hailing from West Los Angeles, a haven in its own respect for producing new top quality fuzz bands like The Shrine.

The Demo itself is pretty well put together, it's easy to get lost in this genre of bands, become somewhat bored after awhile, but I think Voodoo Merchant have managed to keep their demo above hot water and make the listener get drawn into their way of doing things. Merlin's Castle is a stand out track it's got some of the grooviest floaty jams I have heard in a very long time, touching all the goodness of the classic 70's sound.

If you dig the sounds of the 70's big dirty big muffs, wah's , effects and repetitious hypnotic drums patterns and a love for the variety of fuzz , like the bands I have mentioned above then this is for you. Nothing new and nothing flashy just good old time grooves simple clean and in some ways untainted! Get enhanced and float in the plumes of smoke that Voodoo Merchant provides... 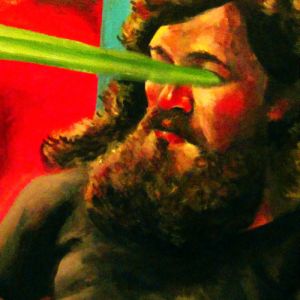