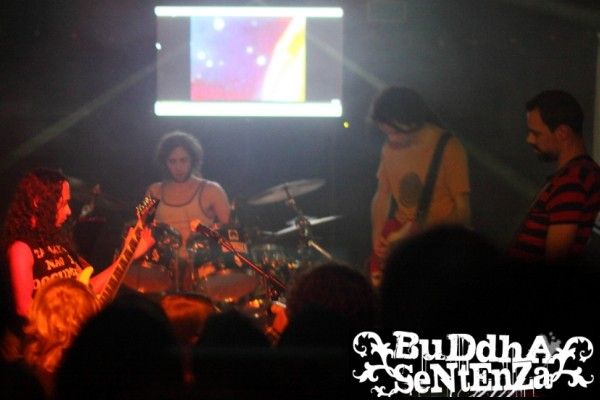 PsychedelicRock from Germany
Buddha Sentenza - Noise From The Death Factory


Buddha Sentenza hailing from Germany is the perfect match of psyche, stoner and hard driven acid rock. These aces are for sure one of the best instrumental acts around, every minute of it is a treat for both body and soul!

The eight track debut album 'Mode 0909' by the young band Buddha Sentenza opens with the psychedelic 'Black Coal Funeral' 5,47 minutes long warm-up of what to come. Finely carved up atmospheric psyche riffs mixed with a good dose of blues. The second nugget 'White Crystal Party' is an acid flavoured fuzz attack just under two minute limit, I tell ya... when this kicks off the drug party is on!

The unstoppable meanmachine crushes on with yet another punch in the belly, the forceful 'Ride With The Devil' and more trippy 'Saturn' makes the whole building shiver and my speaker's whimpers in joy. I like it alot, BUT if they have put some vocals on some of it, it would have been even more interesting. I believe my neighbours are getting real angry at this point, but who cares as long as Buddha's on the world holds its breath (at least my neighbourhood).

The adrenaline pumped 'Noise From The Death Factory' and the quite obscure 'Sexual Omega' has to be my favourites on 'Mode 0909' and is definitely one of the highlights on the album. The latter is a whirlwind of noise rock and psychedelic magic, a symphony of madness with a touch of both jazz and blues. 'Sexual Omega' runs over you like a tank, a slap in the face with an intensity that makes your ears crumble... full speed at high level!

This is like rewinding time back to the years 1968-72 which makes me think of bands like Blue cheer, MC5, Virus, Juan de la cruz and not to forget the psychedelic scene at that time. You get all this (without vocals) along with a big fat stoner vibe of today. Buddha Sentenza clearly shows who's in charge, talented musicians who constantly churn out masterful riffs without holding back anything. Furious fuzz guitars with first class drumming and cool bass-lines, even some wild piano/keyboard parts are included in the arsenal. All together in (almost) 300 jerk... simply, these guys are creatures from outer space! 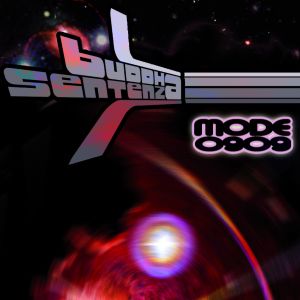