Psychedelia from the UK
Chuter - Vision


Jack Chuter is a solo musician from Basingstoke, England. His music takes influence from the guitar-driven genres of shoegaze, drone and post-metal, fuelled by his own instinctive sense of melody.

Jack began creating compositions under the title "Excido" in 2006 at the age of 16, with bands such as Pelican and Isis showing strong influence in the downtuned riffs and dynamic song structure. After two albums with this project (both free internet releases), he decided that he wanted to start afresh and pursue something new.

"Sans Sun EP" was the first release under Chuter, produced in September 2007. It put a greater focus on the use of layering, repetition and reverb, whilst still retaining the low end heaviness and deep-set melancholy.

In Summer 2008, Jack released "Leaving Here" - the first Chuter full length, and his most accomplished release so far. Vocals make a more prominent feature on this release, with ethereal hooks buried within the soundscapes, and distorted guitar riffs giving a subtle nod back to Excido.

A new release is currently in the works, and should be available sometime in August 2009. 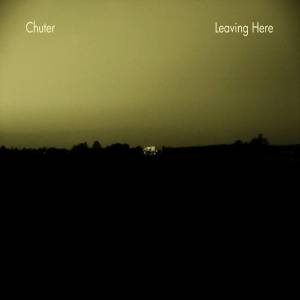