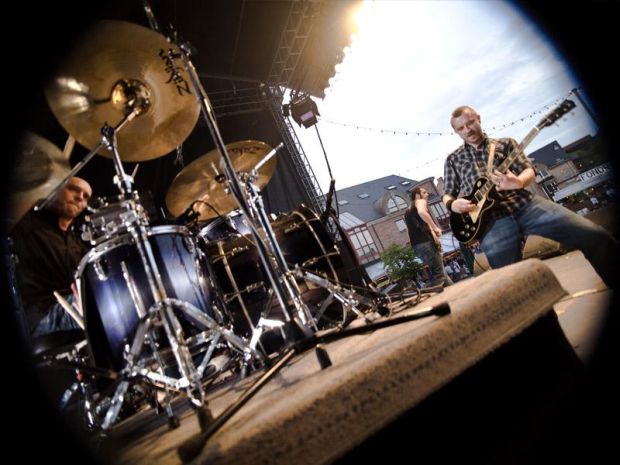 Alternative Rock from Belgium
This new band from Ghent has released their debut album to the masses, entitled "Trigger and Fly". And what you get here is some ready for the radio tunes, in the form of bands like Foo Fighters, Incubus, and Queens of the Stone Age, with a more meat and potatoes sensibility. What I mean by meat and potatoes is it has more substance, gristle and heft than those aforementioned bands. Sure u get some sing along choruses, but there's also some meaty guitar work in spots that can keep a metalhead interested, even some wacky horns on the end of "All Dressed Up".

"Trigger and Fly" despite its more mainstream vibe is really a pleasurable listen from beginning to end. The production is huge, resulting from the mastering job done by Brian Gardner, whose accolades include David Bowie, Foo Fighters, QOTSA and Them Crooked Vultures. And really sounds great for a self released debut album. These guys seem to have a clear vision of who they are, and where they are going.
by Adam Walsh