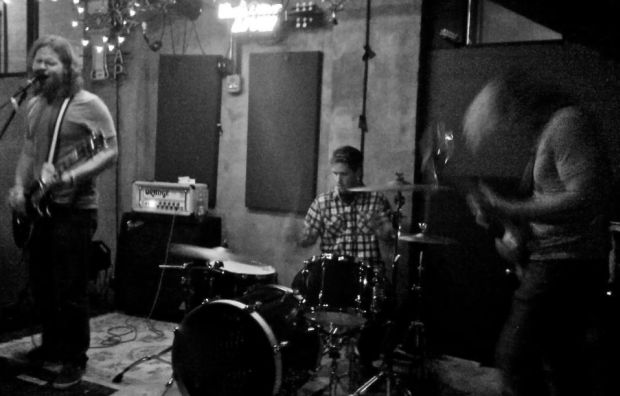 Heavy Rock from the USA
I've spent a lot of time with the debut release by this Tennessee band. Heavy Eyes seems to capture everything I dig in a rock record. Lots of fuzzy guitars, groovy foot stomping riffs and tons of attitude during its 11 tracks.

Imagine if you will, Brant Bjork, The White Stripes and Fu Manchu all sitting around puffing on a hookah listening to Zeppelin albums, then picking up their gear and just going for it. That's the vibe I get from this impressive slab of rock put forth on here. Plenty of soul and a real sense of honesty is captured during the whole duration of the album.

Seems to be that all these new bands that are opting to put out their music themselves, whether it's through iTunes, bandcamp or whatever file hosting website they choose is really making things interesting. The production on the album is stellar and really has a live jammy feeling to it. Maybe being mixed and mastered in the city where rock and roll started with Elvis in Memphis has something to do with it. Some of that voodoo may be rubbing off here. The band has posted on their bandcamp page: "We hope this album melts your speakers".  I'd say...mission accomplished!