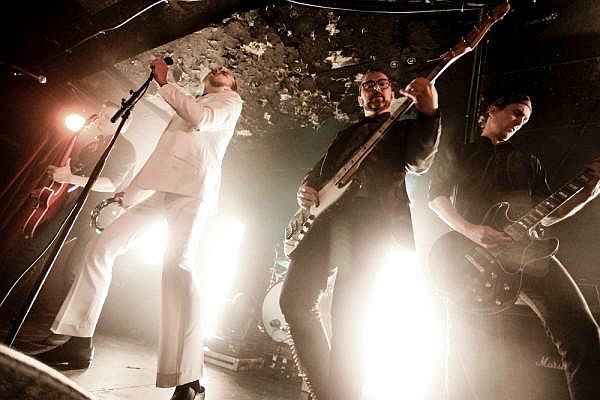 Norway has not only oil, fish cleaning and setesdalsgenser (a Norwegian cardigan)... they also have something called HONCHO!
This is the first time I have the honour to review one of my favourite bands in the stoner genre, and this is the third time the Norwegian fuzz devils in Honcho hits the ground with a bang! For you who does not know this band, SHAME ON YOU...it is almost an offense to call yourself a stoner rocker if you do not know about them. Anyway, the new effort ‘Battle Of Wits’ delivers 11 jaw bangs of higher rank in almost 55 swaggering minutes. I have to admit that Honcho’s debut ‘Corporate rock’ is a bit sharper, but still this is faaaaaaaaar from bad and Honcho still have allot to give and proves once again that they are one of the beasts in fuzz heaven!
The guys in Honcho have used heavy tools (as usual) in creating this album and every minute of it is a delight, and the 11 songs makes ‘Battle Of Wits’ to the perfect wedding crasher that blows the bridal gown of the bride in no time. That’s the 11 good reasons why you shall NOT miss this battle; otherwise you will be stuck-in-the-mud for the rest of your life!
‘Battle Of Wits’ starts off with the brilliant ‘Visine’, and from the very beginning Honcho shows the audience that Norway is to be reckoned with. First-class riffs that is neatly arranged, that provides a professional overall impression. The second mindblower ‘Changes’ along with the lethal ‘Coupe De Ville’ runs right through you without leaving any single piece of meat behind. These tracks are one of the absolute highlights on the album, once again Honcho shows who’s in charge and you get tons of leaden jaw knocks á la Norway! You get lots of retro and fuzzy moments of higher rank more than enough to satisfy any fuzz-pedal-worshipping-maruijana-smelling-ass-kicking-tattooed-stoner-rocker out there in the concrete jungle!
If you are planning to bring a knife to the gun fight, my advice is: JOIN HONCHO AND DO THE OPPOSIT! On the fifth nugget ‘Brought a gun to the knife fight’ you get a more “benign” treatment, but there are still a lot of heaviness, fuzz and catchy melodies involved. Therefore, there is no need to panic ;-) Tracks like ‘Powerlock’ and ‘Earth’ makes ‘ Battle Of Wits’ even more clever , and not to mention the end track ‘Clover’ which is a mixture of atmospheric relaxation and heavy fuzzness which easily etches itself into your mind.
‘Battle Of Wits’ is a high explosive album in 11 acts, nicely packaged with lyrics and everything you would expect of such a dignity as Honcho and almost every tune brings joy to both ears and soul. If you want a real goodie for Christmas and you’re a fan of Kyuss, Dozer, Pawnshop, Fu Manchu, Mannhai or whatever you will dig this band too...these guys are g.u.n.s. for hire!
Grab the limited edition album containing the missing part of one of Yakuza’s fingers at Myspace,Check it Out.
Reviewed by Tobias Beament
Myspace 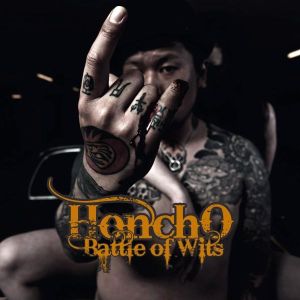