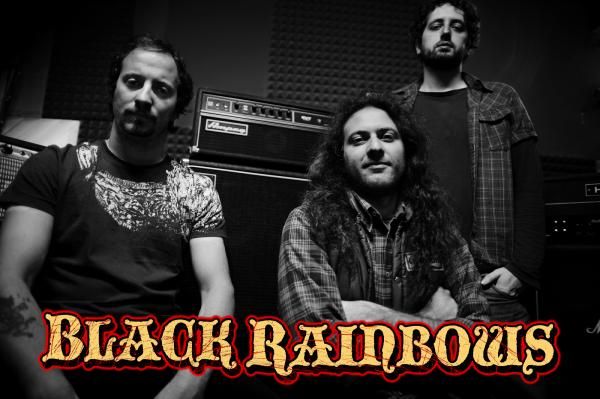 
How about the finest psychedelic nectar with extra crispy desert rock, spiced with a dose of fragrant tasty fuzz de luxe?

Black Rainbows seem to have been dwelling in the holy temple in almost three years just waiting to unleash their psychedelic sweetness for the second time in history, and finally they do it! The new album 'Carmina Diabolo' has been worth waiting for; the Italian riff inquisition is back with a vengeance and ready to torture anyone who would try to climb the holy mountain, with their mighty strings! Unlike many of their competitors that have gone from pure stoner to being a more 70's oriented hard rock band Black Rainbows have chosen to stick to old traditions, and thank God for that!

The whole package is like a luxury chocolate box containing 10 pieces of yummy, where each confection offers a superior taste experience. Black Rainbows stand with one leg in the middle of a huge pile of Kyuss albums while the second leg is picking flowers totally zonked in the psychedelic wonderland. This time Black Rainbows offer a heavier and fuzzier mixture than before and the songs feel much more elaborate. They also manage to drop their guard throughout the entire disc without any major difficulties. These guys are guns for hire and are for sure heading in the right direction towards the desert dunes.

'Carmina Diabolo' starts off with the neatly carved 'Himalaya' who brings you the finest in fuzz rock and just like the title says, this is a giant! Good vocals and great riffs, everything you could want is on the list. This smooth running 'motor' is fuelled with gallons of first class rocket fuel more than enough to hurl anyone into orbit. The following gem 'Babylon' together with the fourth act 'What's In Your Head' run in the same vein and are just as dusty as desert rock should be. Other tracks worth mentioning are 'Bulls & Bones' and the outstanding 'Return To Volturn'. They grab you by the balls just like most of the songs on the album.

'Carmina Diabolo' is like a journey 10 years back in time and reminds pretty much of the Dutch scene at that time, when bands like Candybar Planet, Cowboys and Aliens and Desert Sons made angels in the sand. Bands like Kyuss, Monster Magnet and Fu Manchu had already become legends. Are you one of those who gets knocked out by old school stoner rock you have come to the right place because this is EXACTLY what Black Rainbows are preaching!


From now on these titans are unstoppable and deserve a place among the elite. Hurry to your local dealer or just contact the band to get your copy. 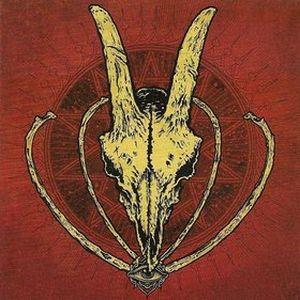