REVIEW: Blue Aside - The Orange Tree 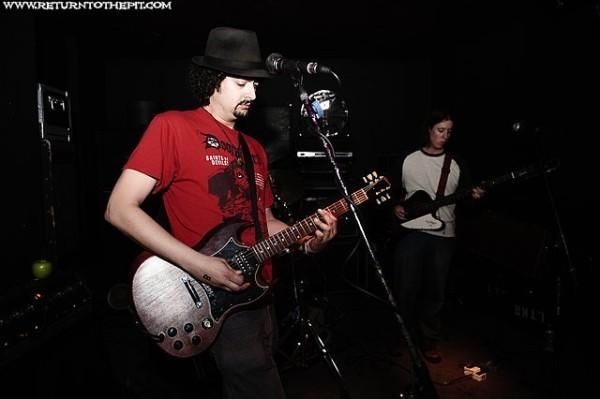 PsychedelicDoom from the USA
Blue Aside - Otis' Sun


Although Palace in Thunderland weren't household names outside of the Boston area during their seven-year run, their demise has produced a couple of trios that are breathing fresh air into a stagnant stoner doom scene. One of these bands is a group you mighta heard of by the name of Black Pyramid. The other is Blue Aside who, judging by the strength of the material on this five-song EP, will soon carve out their own niche with their heavy space rock vibes.

Opening track “The Traveller of Time and Space” sucks you in with swirling guitars over a heavy bottom end. The vocals, which take two minutes to arrive, go from low and guttural at the start to high-pitched and robotic, with a spacey sludge chorus and a winding keyboard outtro.

“Otis' Sun” is a tribute to my favourite local band, at least in name, although you get the feeling that these guys smoke up to Hawkwind more often than Hendrix. Following track “Orange Eyes” is much more OTIS-like, a slow, driving sludge riff blazing the way, albeit with some out-of-this-planet guitar interludes, Adam Abrams achieving a cosmic guitar tone to match his astronautic vocal stylings. This is space rock for the 21st century.

“Black Rays” is the slowest song of the five, a pounding, pummelling slice of cosmic doom with some serious psychedelic breakdowns and its fair share of Pentagram worship. “The Inevitable Journey” brings the EP to its inevitable conclusion, in grandiose YOB fashion.

Where as other sludge bands who deal in cosmic themes, like Zoroaster and The Atlas Moth, use harsh black-metal vocals to get their message across, Abrams' warm, clean tones give Blue Aside a big boost. Their deftly executed blending of sludgy doom grooves with spacy guitar (and occasional synth) passages provides the missing link between Sleep and Hawkwind, YOB and Captain Beyond, Sons of OTIS and Secret Saucer... You get the idea. As an initial artistic statement, The Orange Tree succeeds immensely. (I was gonna say “goes where no band has gone before” but that's just lame. Feel free to add your own “To infinity and beyond” “One small step for a band” cliches if you must...)

Reviewed by Gruesome Greg  Too High To Get It Right 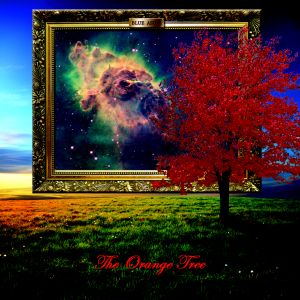