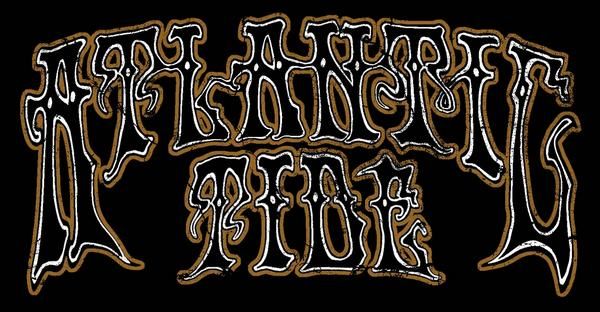 
A supersonic whirlwind of fuzzadelic sweetness sweeps through my ears and makes me shudder with delight. It's not every day my ear drums feast on such blissful tones like these... Freddie has done it again!

The guys in Atlantic Tide are no rookies. Freddie for example, has been playing in bands like Terra Firma, Harms Way, Unleashed, Loudpipes and Born Of Fire. Izmo took care of the drum kit in Terra Firma and Stabel has been rubbing guitar strings in Blackshine.

The two tracks on the debut 7-inch were meant as a demo but High Roller records got interested in the band and wanted to put them on plastic, which was a really good move. 500 copies are made and to all vinyl nerds out there I would like to say that this release is available in both green and black color (150 green/350 black).

If you have any idea what music is about, you can clearly hear who is behind the distinctive riffs, which in my opinion is a feast for the ears. The songs are neatly arranged and literally bursting with intricate melodies, especially 'Eyestroids' which could just as easily have been a Terra Firma /Harms Way tune. This is the first time ever that Freddie sings in a band and it sounds great, even though it may seem a bit tentative at times. But who cares, as long as the Atlantic tides are flowing into my ears I am more than happy.

On the flip side you will find the title track 'Bad Acid Queen' which is more like a mix between stoner and acid rock. Once again you get to know the strength of this Swedish power trio who has the ability to transform metal into gold, and I must say that the drummer is an absolute beast. You cannot find a drummer more accurate than this! ;-) I will listen to this great release for the next 24 h and bang my head against the wall like some crazy heavy metal freak, hopefully there will be an album in the near future. Atlantic Tide certainly takes the fruit out of the loom and even manages to squeeze juice out of dry fruits...from now on I will have Atlantic Tide written all over my chest. 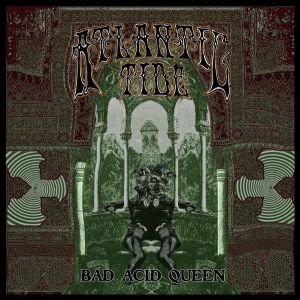