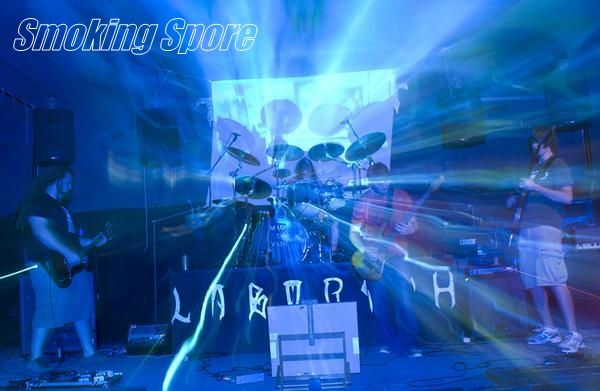 
Normally I would agonize over something clever to say about these cats, but their press release does it better than I ever could. So here it is in all its glory.

Conversations in D-Minor contains the entire second jam session of Houston-based Smoking Spore, improvised by the band and recorded live-in-studio by guitarist Brandon Bowers. The Album was produced by the band themselves and mixed with no overdubs, reamps, edits, second takes, drum replacement, quantization, or other frivolous foolery. The track titled "Hard Drive Explosion" was cut short by a sample rate error, but the salvaged what they had. Artwork for the album was supplied by the band's other guitarist, Beau Jackson, whose psychedelic murals haunt the Houston area.

Like a quartet of characters from some undiscovered Dr. Seuss book, Smoking Spore skips, jumps, waddles and trips their way through completely improvised psychedelic epics. The band refuses to write, relying only on instinctive short-term memory to weave a different sonic composition every time they play. To solidify the experience they film bizarre local phenomena and air them via projector during concerts. Their debut album, Conversations in D-Minor, was recorded in less than 2 hours and melted seventies-inspired acid rock with southern stoner grooves, infectious guitar melodies, piercing feedback, and modern effect-laden ambience . Since their debut, the band has incorporated a hearty buffet of new effects, an old organ, and some home-made oddities that look like they came from a mid-sixties sci-fi flick. Conversations was weird, and it appears this band will only get weirder, providing that a life in Houston's suburbs will eventually drive anyone to lunacy.

After putting my head into this disc, I must say I am completely blown away. To imagine these guys in the studio just "going for it" with no overdubs or second takes is mind-boggling; it sure doesn't sound that way. The end of track two when the hard drive poops out, is cool and obviously unintended, I bet it wasn't cool when it happened, but it totally coincides with the theme of the band. It also appears as the live show is a mind enhancing night out. These guys are tight like spandex. Fans of Colour Haze and Earthless take note. Highly Recommended. 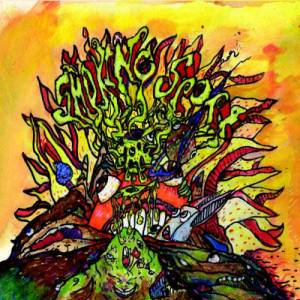