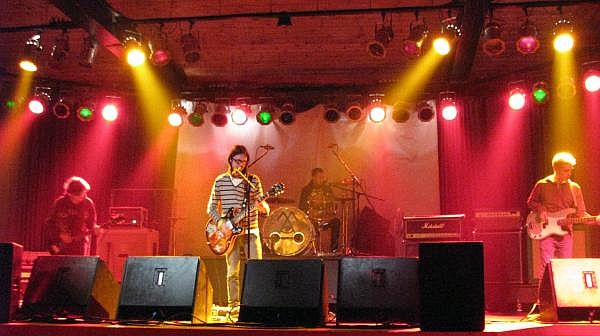 
This truckload of rock(s) known as 'The Grand Astoria' has led me to surrender on all fronts. After listening frantically over and over to this album I have decided that this have to be the best band ever from Eastern Europe. St. Petersburg and Russia are truly on the move and this is for sure one of the best albums in 2009!

On the self titled debut album by the Russian rock gods 'The Grand Astoria' you get six different flavours of dynamite-smelling munchies beautifully wrapped all together in a conspicuous surprise box. These fuzzadelic stringburners touch every inch of your pagan body and bring you the finest in both psychedelic stoner and cow-shit-smelling-southern-fried-armwrestling-metal-flavoured-redneck rock with a touch of blues.

The opening gem, the instrumental psychedelic stoner rock act 'The Art Of Communication With Aliens' is all about musical art. Atmospheric, vibrant and with lots of spacey deep dives, enough to make anyone who's into this kind of music to feel like a cosmonaut. Finally all aliens around the universe understand 'our' language and are gathered to learn more about the greatness in heavy rock! Next track 'Evolution Of The Planet Groove' is more like a hybrid between Fu Manchu and Alabama Thunderpussy who crushes everything in its path like some homicidal wrecking ball on the loose. This time you get vocals sung by Kamille who is a talanted singer in my opinion, along with vicious and heavy rock riffs of higher rank which tells you the story of the evolution on Planet Groove!

On the fourth track 'The Man, The Sun, The Desert' The Grand Astoria keeps pushing you towards the sun and just like everything else on this gorgeous piece of plastic 'The Man' is a devout skirt lifter who never fails. This act is a psychedelic stoner/heavy metal transformation that grabs you by the balls almost immediately. Give the Russian wizards these 13 minutes of your time (along with the rest of the album) and I assure you that nothing can stop them from making you to their slave for life!

It is hard to pick a specific song as a favourite because every single minute of the album is a joyful ride, and as I have said before The Grand Astoria is a first class band who rides them high horses all the way up without any difficulties. 50% of the songs on the disc have vocals, the other half is a mind-blowing instrumental journey into the unknown.

On the whole you get a rocket fuelled heavy rock abuse in almost 45 minutes. If you're preaching bands like Alabama Thunderpussy, Hainloose, Halfway To Gone, Dozer, Rollerball and Mannhai you will dig this, no doubt about it. Contact the band and get yourself a copy, or download it for FREE at their MySpace page ,I promise you won't regret it! 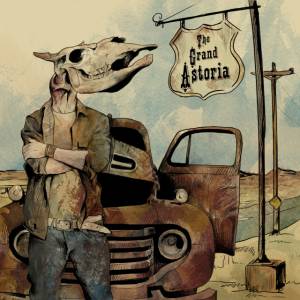 Track List
01 The Art of Communication with Alien
02 Evolution of the Planet Groove
03 All the Same
04 The Man. The Sun. The Desert
05 Salvation is Near
06 Bell Jar (The World is not Okay)
The Grand Astoria - Omnipresence 2011 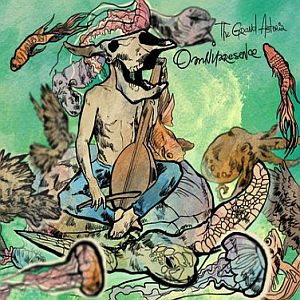 Released in 6-panel digipack.You can order your copy via thegrandastoria@gmail.com