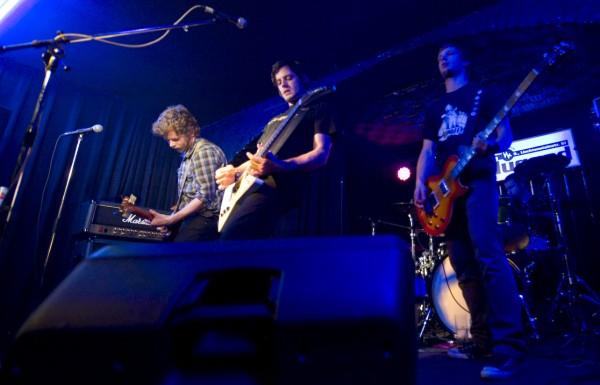 
Once upon a time (and still is) beyond the high mountains, in the heart of Europe there was a Far Away Town. Their faith and music was similar to any other town at the time, but there was a small group of people who diversed and worshipped another god. A god with many names and their music was called Fuzz rock...

Much has happened since the founding in 2004 and the first demo 'Into Desert' in 2006. The Austrian band Far Away Town have matured alot, much better songs, a heavier and fuzzier sound along with a more confident attitude. These guys seem to be heading in the right direction and hopefully reaching the top, if they manage to keep up the good work. The band describes themselves as a hybrid between Grunge and Stoner Rock which I almost agree with (more stoner than grunge). During their relatively short lifespan as a band these Austrian jodlers have time to both support dignities such as Dozer, Truckfighters and Brain Police and played about 100 shows around Europe so far. Personally I think that it is an achievement worth a record deal.

On the second and latest release 'Quicksand' you get five beautifully carved fuzz jingles in almost 27 minutes. The first track 'Space Brain' almost immediately gives a hint of what to come. A warm and dusty desert rock sound á la Kyuss breaks the silence and my living room turns into a long and dusty road while my speakers are digging deep holes in the sand. The following gold nuggets 'Hands Stoned' along with the title track 'Quicksand' are both mean rock hammers that nail you against the wall in just two bangs! A wall of fuzz that rumble right through your ears like a thunderstorm without leaving no one untouched. This is heavy shit... made by heavy dudes... in a far away town... on PLANET FUZZ! These two monsters make 'Quicksand' worth every penny of your savings.

If you like it fuzzy and dusty, and worship Kyuss, Sgt. Sunshine and Truckfighters you probably will go wild when Far Away Town hits the ground and stirs the desert sand! 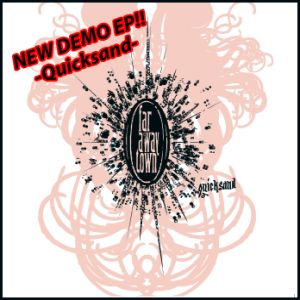