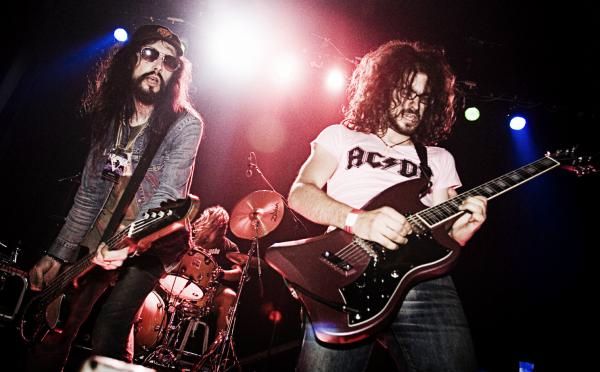 
This time the Spanish conquistadors Positiva deep dives into the 70's and there is no doubt that Grand Funk Railroad are one of the main influences to this album. Loads of fuzzness and catchy riffings ,enough to make any fanatic rock'n roll cave man to start chewing gravel and feel uncertain about his history. Lock and load folks and get ready for some serious business called rock!

The latest blow 'Prodigal Songs' by Spanish Positiva is a minor earthquake and brings you the finest in pre-historic hard rock. This is like Grand Funk or any other relic that have risen from the grave! In my opinion the band have become more mainstream and lack some of the lustre they showed up on 'Centaur's Ride'... to be honest, this is not quite what I expected. Positiva have almost completely left all those psychedelic parts behind which makes me a bit disappointed. But hey!... I'm no god and this is far from bad, these rock mongers STILL kick some serious ass!

Tracks like 'Brother Eagle', 'Undying Shore' and my favourite 'Catch the Fire' proves that they are still running with the pack and Positiva hurls you right into the 70's in a professional and confident manner. These nuggets reminds me of all those 'elite bands' back in the days and captures the feeling in the right way. You get first-class vintage rock in a modern way, the concept is simply timeless!

On the Seventh track 'Off the Road' these four guys keeps showing off and I am beginning to think that I am reborn and the year is still 1972! Positiva run over you like the Spanish Armada, and shortly thereafter to set course for timelessness. Wild and crazy, bluesy and accurate, this gem is almost unbeatable and is for sure one of the highlights on 'Prodigal Songs'. This effort contains 10 well-placed kung-fu moves of higher rank which should interest both hard rockers and stoner freaks.

If you dig bands like Blue Cheer, Atomic Rooster, Bull Angus, Edgar Broughton Band and of course Grand Funk Railroad you will go wild in the streets when this disc starts to spin. Start spending your money on 'Prodigal Songs' and you will be happy for a thousand years to come! 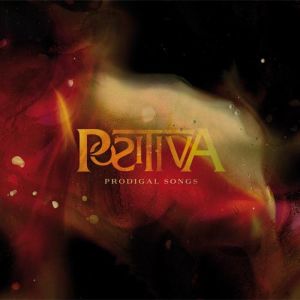