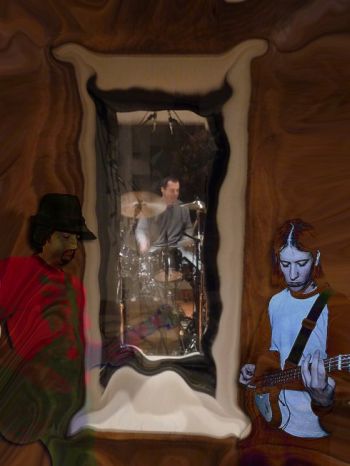 
In all fairness, Blue Aside is comprised of two guys that I used to play with during my Palace In Thunderland daze, Adam Abrams and Matt Netto, along with Joe Twomey on bass. Although Adam handled bass in Palace, he picks up the guitar and handles a lot of the vocals, and he does a fairly deft job of laying down some intense psychedelic soundscapes that recall Electric Wizard, Saint Vitus, Sons Of Otis, Hawkwind, early Pink Floyd, and even a bit of Dinosaur Jr. in the fuzzed and effected out guitar noodling. These two tunes offer up some heavy riffs and solid melodies, along with some fairly eccentric changes and arrangements to keep things interesting.

Fans of the heavy aren't going to be disappointed, as some of these riffs are as heavy and doomed as anything you'll find out there these days, but these three sonic sorcerers really shine on the psychedelic parts, which are more deft, progressive and zonked out than you'll usually find in a lot of acts with similar influences. "Otis' Sun" alternates between painfully longing, delicately beautiful melodies and crushing waves of downtuned Sabbath worship. It's the band's finest moment, with a sharp contrast in vocal s t y l es, featuring effected guttural death growls during the heavier sections. To be honest, this was unexpected, as was the overall heaviness of these two songs. The other song, "The Traveler of Time And Space" is more an introduction to the band, while "Otis" is definitely their piece de resistance and statement of intent, but both songs show excellent potential for growth and a unique spin on a tried and true sound.

Best of all, you can download their demo, they provide a link on their Myspace. I've gotta say, this comes highly recommended, fans of the early Yob material are going to eat this up... 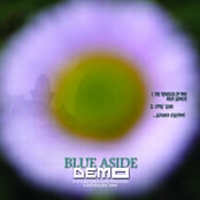