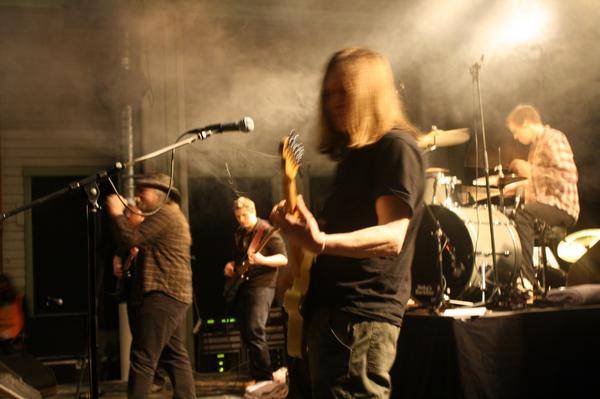 
If you put a Lusekofta (a typical Norwegian cardigan) and a pair of Wino's underpants in a washer using gunpowder as detergent and run it for about three hours then you get VALHALL!

These five Norwegian Vikings are no rookies, they have been playing together since the late 80's and have released several demos and albums. The years from 1989 to 1993 was a dark period for the band with many changes and it wasn't until spring 1993 the band found the right line-up which is still the same today. These tracks have been rested and waiting for the right moment to be released and finally Red Planet hits the ground like a ten ton hammer.

On the third album 'Red Planet' by the Norwegian doomsters Valhall you get everything from moaning doom metal in the vein of Sleep, Revelation and Spirit Caravan to old school heavy metal. The first track 'Stonehead' reminds me of Revelation and Against Nature, both aurally and musically and the vocals are very similar to those bands. Heaps of fuzz drenched guitars, wah wah and a touch of stoner rock characterizes Valhall's music, you can even hear some acid rock influences from the late 60's on the album. These Vikings not only slay but surely know how to get things going!

Tracks like 'Easy Rider' and 'Suicidal Hippie' makes Red Planet a winner and makes anyone who's into this kind of music to place their balls on the counter at the local supermarket screaming DOOM METAL IS THE LAW! Valhall runs the show and once again you get this Norwegian rock fury which is very pleasant on this Friday afternoon. On 'Mister Know-How' the band changes direction completely and presents a more pop/rockish side of the band which do not impress me at all, valhall should definitely stick to their more 'evil' side of life.

The eighth track 'Made in Iron' throw you right into the land of Conan the Barbarian and I get this smell of stainless steel which makes me think of Manowar. Large muscles and throw rugs all the way from slavery to glory without showing any mercy. The background vocals sound like someone who has squeezed all his fingers under a concrete block. 'The Iron' cuts right through you like a sword slays his enemy and you get an uncompromising blend of blood and violence which would satisfy any metal head around the globe.

Red Planet is a great album with many highlights but there are two or three fillers on the album which makes me holding back a few aces, anyway... I hope that in future Valhall keeps releasing albums like this and getting all the credits they deserve. Keep the banners high, sharpen your axe, and join these rampant Vikings on their forays through the continent!
Reviewed by Tobias Beament 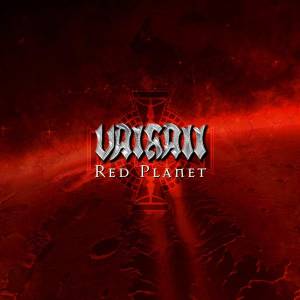