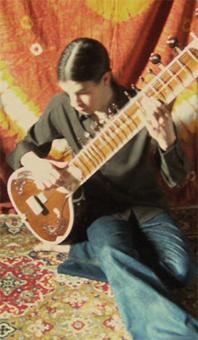 ﻿
﻿The debut solo album 'so came restless night that rose an endless moon, shaking all the trees...' by Peters are filled with mystical harmonies, trippy soundscapes and human kindness deeply rooted in the late sixties/early seventies psychedelic music.

Soulitude is a solo project by Christian Peters (singer in Samsara Blues Experiment) beautifully composed by himself. When it first came on I was truly delighted and overwhelmed by his musical skills and I lost all my contact with the outside world. This German is a master loves what he does and turns silver into gold; he's like a healing tongue licking all bad things away!

After a short intro this marvellous piece of plastic just explodes into a colour haze and with the song 'natural mystic' Peters clearly shows the world that nothing can stop him from reaching the sky. This is meditation at high scale, with tons of effects and beautiful soundscapes; it's like having sweet honey running through your ears. The next honey comb is 'Morninghope' and once again Peters makes the world beg for peace. Nice harmonies with a huge portion of psychedelic sweetness fills my ears while listen to it and I dream myself away through soft clouds.

There is no rock of any kind involved on 'So came restless night...' just relaxed and pleasant music in its best shape, kind of Lamp of the Universe meets... something good. I have to remind you that this album is all (most) instrumental and it's worth every minute of your time, it's like love at first sight! Except from the ordinary guitars and keyboards Peters also plays Sitar on a few tracks and he does it remarkably well and i get a spicy sensation from India while he caresses the strings.

Peters sweeps forward with tracks like 'The albatross' and 'Last farewell to Elisabeth', both equally well-played and neatly arranged and as the rest of the tracks on the album. The psychedelic wizard from germany ends with 'All that's left behind' and i'm in love for the ninth time this evening, this time you get to know him by his voice.'All that's left behind' is the only track on the disc who has vocals and it makes a perfect ending on this pleasant journey, the track is one of my absolute favourites and this time mother nature calls for real!

The only 'bad' thing i can think of is that the songs are a bit too short, i just can't get enough of what Peters composes and I really hope that we get the pleasure to taste another soulitude album in the future. Soulitude is a given choice for those who want to relax and enjoy life's sweetness... give it a try, you won't regret it!
Reviewed by Tobias Beament
Myspace 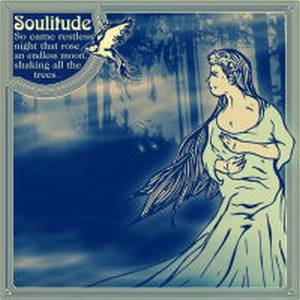 Track List
01 Intro
02 Natural Mystic
03 Morninghope
04 Awakening
05 The Albatross
06 Ballad of the Black Swan
07 Last Farewell to Elisabeth
08 Voices of the Forest
09 All Thats Left Behind
Posted by A.C.Cruiser