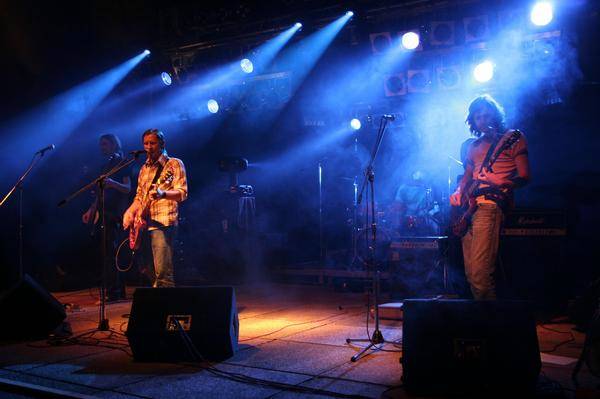 If Queens of the Stone Age have been shitting Bratwürst all day long and "make out in leder hozen" they have been forced to call them self Driver!

German Driver was founded in 2005 by Patrick and Stephan, shortly after Christopher joined on bass and it wasn't until late 2006 and after several of drummer changes they found Marcus who completed the band. In 2008 Driver started to record some songs which resulted in this extra large ep.

This heavy rock machine might be a QOTSA clone from the 'deaf' era and the singer sounds very Josh Homme alike but who cares this is great music for great people! The debut ep from these Driver(s) contains eight well-placed jaw breakers in 35 minute, loaded with fuzzy rock action and with an intensity that makes grandpa's loose teeth rattle.

First track is 'Only a toe'... where did the other one go?! Anyway this tune is a worthy starting point on this hellride, vivid, fuzzy and full of energy which makes the hair stand on any wintering hippie. The following track 'It would be nice' is not as fierce as 'the toe' and i get some pop, and even punk rock vibes while listen to it, not in a bad way and my toe nails are tap dancing in joy. I keep persuading myself that Josh Homme must have been German in a previous life.

On track number four (Motor) Driver shows that they got balls of steel and the guys shows a more psychedelic side. 'Motor' is definitely the best track on this eight tracker, with an outstanding riff and with a feeling that makes wacko jacko's nose grow out again in his grave! This fire spitting motor deserves a place among the great, and lifts the entire disc toward the riffian gods. I'm on fire, this is exactly my kind of music... more of this and I will be your slave for live.

Driver's debut ep is generally good but one thing to be said is that the sound feels a bit weak and I have preferred a heavier guitar sound. Except from that this ep is a cool piece of work and a very enjoyable trip. I hope we see more of you guys in future!
Reviewed by Tobias Beament
Myspace
Poor Dog
Kozmik-Artifactz 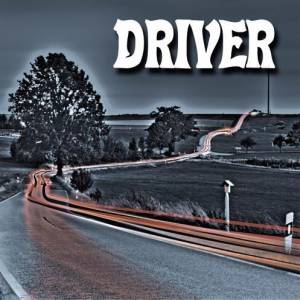