Review: Devil To Pay - Heavily Ever After 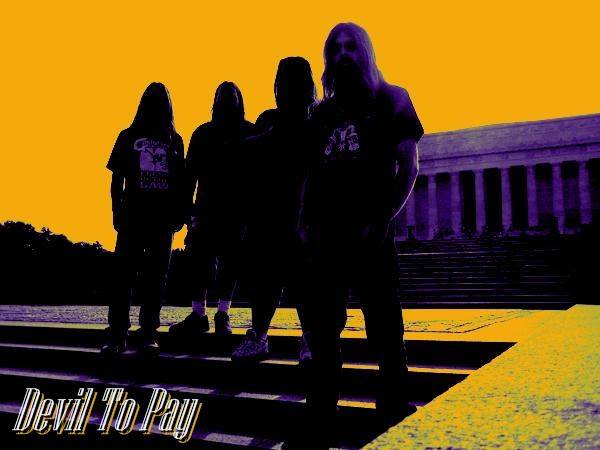 Hold on tight to something, the tornadic Indianapolis, Indiana quartet Devil To Pay is back. After almost 3 years without a new batch of ear munchies. The new album "Heavily Ever After" is twisted fable of riffs that would make Iommi paranoid and Nugent want some poontang.

Life hasn't been a fairy tale for Devil To Pay's front man Steve Janiak, a few years ago it was almost cut short by a blood clot that formed after intestinal surgery, maybe this is how he gets the "Cobain on ludes" tone to his singing voice, and the apathetic yet inspiring lyrics, as though there is some inner demon just bubbling under the surface. These cats must play guitars dipped in syrup to get that muddy tone.

The tale: Heavily Ever After kicks off with the galloping rocker, "Distemper" which really shows off Chad Prifogle's wizardry behind the kit. He's really improved his chops on this one. The third track "Megistotherium" is another topic that has come up in previous D2P albums, Dinosaurs. The Megistotherium was a dinosaur that lived some 24 million years ago, is one of the largest terrestrial carnivorous mammals that ever existed, and has huge scissor-like teeth, able to rip apart huge prey. That should give you a good visualization of this heaving elephant of a song. The instrumental track Grimoires has an early 80's underground metal stomp to it, which makes me think, "Am I Evil?", merging perfectly into the head banging riff of "Thinning The Herd". The post-Apocalyptic groove of "Dead Wrong" might be my favorite track, although it's really hard to pick a favorite. These guys have the "it" factor, whatever the "it" factor is. I think it's different for everyone, to me its soul, being able to feel something. Art takes various forms. Sometimes it's a kick in the ass...

Production wise it's perfect, you're able to distinguish between every instrument at wall rattling volume, unlike a lot of releases lately where everyone is trying to be louder than everyone else and things get buried in the mix. This one will go down in my black book as one of the greats of 2009. Definitely play this loud and if you're close enough, see them live for the true effect, if you're not close check out their live DVD "48 Minutes". And always remember... no matter how bad life gets, we all live Heavily Ever After... 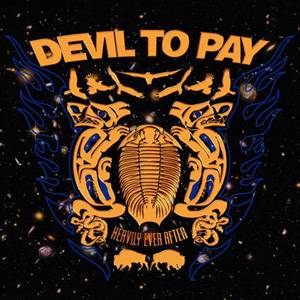