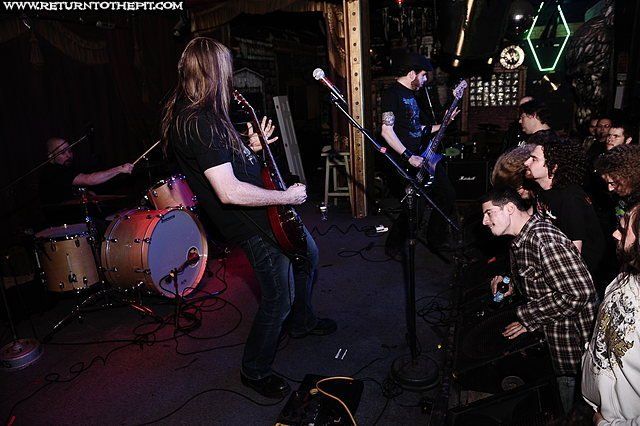 StonerRocK from the USA
Black Pyramid - The Cauldron Born


This is Black Pyramid's first Long player, the bands from Massachusetts are no strangers to the heavy rock scene with Andy once guitar playing with Palace in Thunderland and Clay plays drums in Artimus Pyledriver. This new record was always going to be well anticipated after such a crushing self-titled 7 inch and some demos. Black Pyramids brand of rock is somewhat frightening taking elements of doom and mixing it with some beautifully arrange psychedelic wizardry. Make no mistake this record has no stone left unturned, whether it's a fast paced high on fire styled riffs or a bludgeoning of slow down tempo droning fuzz this record has it all.

Right from get go the evil haunting psychedelic chant of "...And the Gods Made War" prepares and sets the mood that what lurks, you know it's going to be heavy as fuck! A revamped "Visions of Gehenna" is next and couldn't be more fitting. A slow pumping sleep styled rumble that pounds and pounds and almost feels like you are drowning in a sea of angst! Suit up take battle and move forward to the "Mirror Messiah" This track has tradition written all over it classic back to roots traditional doom much to the likes of black Sabbath or pentagram. But it's when you reach the 4:30 mark of "Mirror Messiah" that all has hope an uplifting crafty passage of very nice almost psychedelic effect laden riffage then slowly building up to what again is onslaught of heaviness blanketing the skies!

"No Life King" Continues is same fashion Crushing powerful riffs big massive bass lines and pounding percussion that seems to never let up a punishing message to the listener that Black Pyramid means war! Black Pyramid gives some grace and put together the well crafted almost resting place song called "Celephais" although not very long it gives you time to gather breathe and relax."Twilight Grace" tends to lead a faster paced vibe, monstrous wall of thick heavy high on fire/electric wizard inspired riffage .Andy's guitar Screams in what I think is stand out track on this record.

"The Worm Ouroboros" again leads a path of tradition, a perfect blend of 70's doom. Andy's vocals very reminiscent of classic Ozzy Osbourne, slow and low each riff perfectly implemented showing just how tight these guys are as a band and yet another stand out track on the album."The Cauldron Born" steers you towards end of the record a 7 minute swirling beast with an absolute crushing ending."Wintermute" the last track on the record, it begins acoustically and has a very similar sound to early monster magnet, but soon leads into a very slow down tuned heavy doom riff a simple classy guitar lick keeps this track form sounding monotonous. This track is the perfect ending and completes the album without a doubt.

Black Pyramid nailed this album on the head! In a world of doom where bands keep on doing same monotonous boring stuff, Black pyramid are smart they have covered themselves and managed to be able to not pigeon hole there music to one genre. Sure doomsters will eat this up but I think just about anybody who likes there music heavy will enjoy what Black pyramid have delivered. There is no doubt this album tells a story, like it's been carefully planned out and I for one totally enjoyed it and give praise to what they have done. This will for sure be a contender for album of the year, sit back inhale turn off the lights and enjoy this epic awesome record!
Reviewed by Matt Frighetto
MeteorCity Records
Myspace 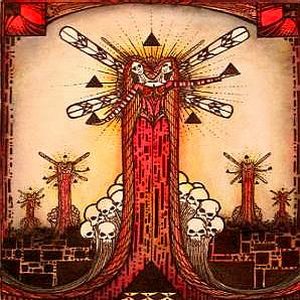