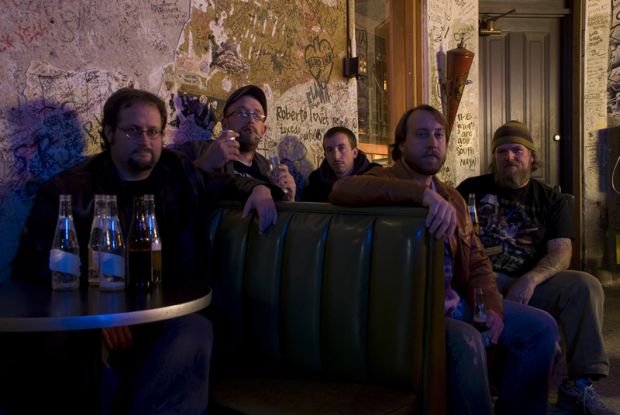 Heavy Rock from the USA
Superchief - They Call Me Nomad


In a world dominated by corporate interests and processed popular culture it is hard to find the soul of rebellion in Rock n' Roll. There are battalions of metalheads and rockers throughout the country laying in wait, calm beneath the veneer, primed to explode. The fuse to ignite the devastation is Superchief's latest release. "Corporate Dynamite".

As the name suggests, the album is a call to arms to those that tire of the current state of "Rock n' Roll" in this great land. Like a powder keg Superchief is set to decimate the corporate music landscape with their uncompromising riffage and moxy. The music comes from the soul of the 5 piece from Des Moines, Iowa, and it is evident to the most seasoned advocate of the loud, to the armchair enthusiast. "Corporate Dynamite" is an album that all walks of life can sink their teeth into, and that was not planned in a board room, or in some marketing graduates cubicle... it just happened, like it is supposed to. Superchief wrote the songs they wanted to and recorded them, simple as that. Yet so far beyond simple that the complexity of the battle cry draws the listener in and whispers in their ear, "Go blow up some shit!"

Over the past 3 years Superchief has honed their skills and sharpened their senses. Playing hundreds of shows to crowds throughout the Midwest and growing their fanbase, the band takes the stage with a carefree demeanor, but with the determination of a pugilist. Superchief has built its reputation and foundation on a raucous and beer soaked live show. It is their ability to play their music live, with an evident enthusiasm that wins them new fans. Knowing how important raw live energy can be, Superchief made damn sure that is how their first full length album, "Corporate Dynamite" was captured.

In November of 2010, they entered Sound Farm recording studio to record "Corporate Dynamite". The guys went in, without a click track, without Auto Tune and with the intent that overproduction ruins the true character of a recording, and cranked out 10 songs in one weekend. Focused by determination and several hundred beers Superchief created an album that is infused with the elements of true rebellion and Rock n' Roll swagger. They wanted the little imperfections; the slight tempo variations that a live recording was missing in the majority of new recordings. With the help of engineer, Ryan Martin and of Terranova, they got exactly what they wanted.

The above was included with my copy of "Corporate Dynamite" which I received for review, I chose to include most of it here because I totally agree with what was said, and could not have said it any better myself. "Corporate Dynamite" is the equivalent to going 10 rounds with Tyson... lots of dancing around, double barreled head punches, and in the end, if it doesn't knock you out, it will definitely chew on your ear.
by Adam Walsh 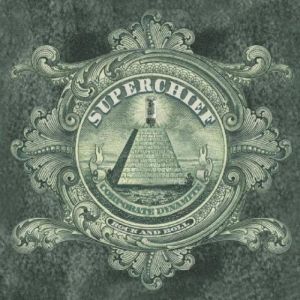