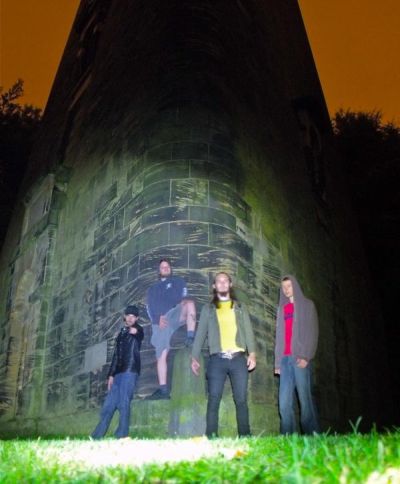 
Over the hills they come marching... hail the new dooooooom!!!

Groan is a delicious stoner/doom outfit hailing from the UK. If you are hunting for the perfect cross between these styles, then Groan is for you! The debut album 'The Sleeping Wizard' is a steamroller-like doomsday machine that eats everything or anything in its way...this wizard has been awakened from his beauty sleep and has started his engine...so beware!

What I remember Groan released a demo one or two years back which was quite a pleasant acquaintance, but comparatively to "the wizard" the demo feels pretty anaemic and is at least five times weaker than the newcomer. This time "The wizard" have cooked up an almost impenetrable sludge of anxiety, malaise and hell that he have chosen to divide into seven pissed off parts. The heavily armed riffs literally cutting into one's mind and the singer sounds more desperate than ever, this makes me more than happy to open these seven "doors" of hell more than once.

The Sleeping Wizard starts with the words; over the hills they come marching...burning and raping with glee...history's written by winners...the losers just beg and they plea. The words marching and winners match well to what these guys are doing, the lyrics comes from the first act in order named 'Ride of the Antichrist' which is a worthy introduction to this hell trip towards the purgatory. Bands like Sleep, Wall of sleep, Spirit caravan, Electric wizard and Suma comes to mind and just like these dignities Groan delivers magic.

Groan groans on with the titbit 'Witchy Woman' which is a slut in a saints' clothing that whips the shit out of any perverted monk, and Groan is also whipping themselves into my heart as I howl of doomsday enthusiasm. The fuzz is just as thick as it should be and the painful melodies are shuffling out of the speakers. Imagine a smelly stain that will not wash away, or a Madonna statue that guffaws every time a priest says a prayer, so damn it is. Do you get it?

The third gem 'Psychedelic demons' along with one of my favourites 'Deadly Omens' blows the toupee of Jesus himself and may the holy cross to melt with envy. Once again Groan tops the list of the most unwanted in heaven and as we all know; that's a good sign of good music...or what do you think? Tons of virulent strains, which are interspersed with accurate drumming and on top of that a lament whose echo will be heard in a thousand years.

Groan ends the journey with the cosmic doom act 'Ancient Space (master of time)' that resembles a cross between Sleep and Suma. Unfortunately, this gem is to short (4 minutes) and you barely have time to do an inverted sign of the cross, or even lighten your bong before it ends. If I had been Groan, I would have added at least five minutes more to this excellent piece. Damn you Groan! 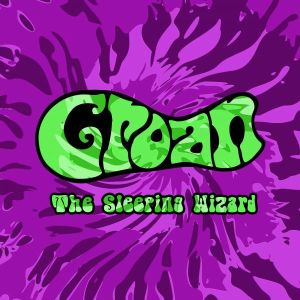