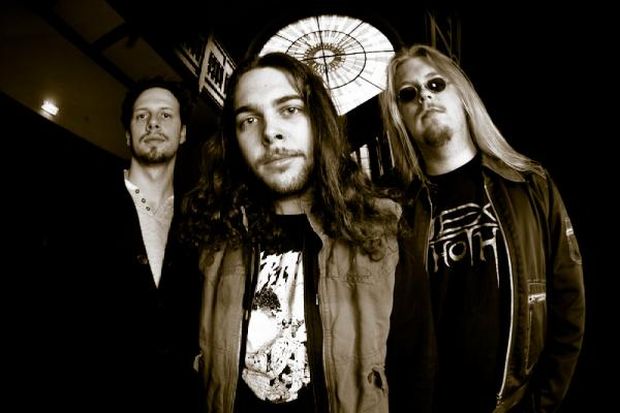 PsychedelicDoom from Germany
Wight - Let Me Know When You Found God

When you see a full-length release with only six songs on it, you know it's either gonna be an epic meditation on astral physics, a long, dreadfully boring slog—or simply shameless Sleep/YOB worship.  In that regard, Wight Weedy Wight really leans toward the latter.  While not as good as the originals, if your lazy, half-baked ass can't make it to Holy Mountain, Wight is a whole lot better than drinking New Coke.
In opening track “Cosmic Rhythm #1,” Wight wears both its influences on its sleeve in a five-minute, drugged out, space-jam instrumental.  Then they get into the really long stuff.  “All Beyond the Piend(!?) of Being” begins as a cosmic blues, before a signature Al Cisneros bass groove joins the fray amidst some trippy riffing. A few spaced-out solos—guitar and bass—complete with spaceship sounds later, and we have a nine-minute meditation on...what?  I'm not quite sure.
“Let Me Know When You Found God” (Oh, the grammar!) is equally long and slow, but unfortunately, it's also more structured and less interesting, although there are some redeeming moments to be found within its 10-minute, 10 km/h journey.  For one, it contains a true guitar solo without any backing instruments.  You don't hear those every day...
Perhaps the piece de resistance is the 12-minute title track.  Driven by a rock-solid bass groove and fueled by lotsa wah, tis a solid spacey instro tune—for a good eight and a half minutes, anyways.  The vocals don't really add much to the proceedings, but without checking, I'm assuming their singer also plays the bass.
Singer kicks it into Steven Tyler mode on “Shaman Woman,” a rather pedestrian blues rocker that's hindered by the piercing vocals. Fortunately, it's over in less than four minutes.  “Hammer Boogie” barely eclipses the four-minute mark, and has a bit more balls, not to mention a freakin' saxophone solo!  Still, it seems strange that they wouldn't end with an epic number.  Guess they were running outta time at the recording studio, or something.
Reviewed by Gruesome Greg
Website
Myspace
Kozmik-Artifactz 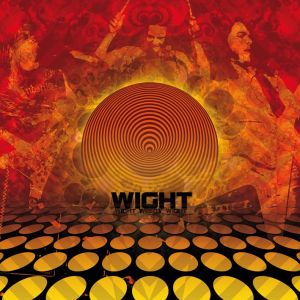 Tracklist
01 Cosmic Rhythm #1
02 All Beyond The Piend Of Being
03 Let Me Know When You Found God
04 Wight Weedy Wight
05 Shaman Woman
06 Hammer Boogie
Posted by A.C.Cruiser