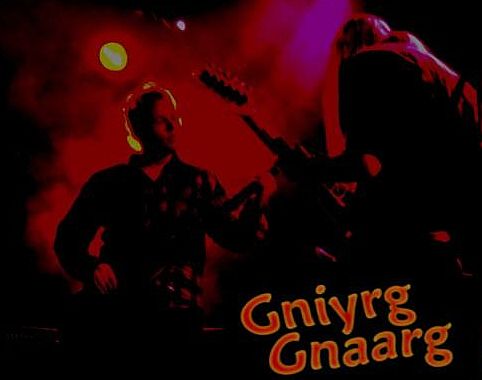 
Gniyrg Gnaarg—try saying that four times fast! Alas, this doomy album contains four tracks that move rather slowly, each hovering around the 10-minute mark. Vocals are delivered in a thick, droning Eastern European accent which adds an otherworldly quality to the music, though they seem to be a little too high in the mix at times, coming in too loud over the riffage in these ears, particularly on the first song.

“Earth Fire” is another slow-moving creature with a chorus that brings guttural death metal vocals into the mix and a guitar tone that makes the dentist's drill of Boston's Tom Scholz sound pleasant by comparison—to say nothing of the kindergarten lyrics that fit the Cookie Monster vocals to a T. “Big Bang” ends the album with a fizzle, a mish-mash of Sleep, The Obsessed and (insert influential doom band here). The vocals channel Cisneros' meditative OM delivery at times--which works quite well--but the music is pretty bland, aside from one recurring Winoesque riff that's not too bad.

Now, Gniyrg Gnaarg hails from Finland, home of legendary true doomsters Reverend Bizarre. However, this record resembles the Bizarre Reverend about as much as The Blues Brothers playing “Gimme Some Lovin'” sounds like a Hank Williams tune. Maybe Gniyrg Gnaarg's frontman should see if Albert Witchfinder gives singing lessons, that would be a start. 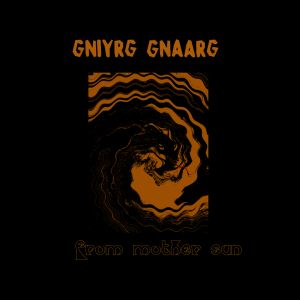