REVIEW: Asylum On The Hill – Passage to the Puzzle Factory 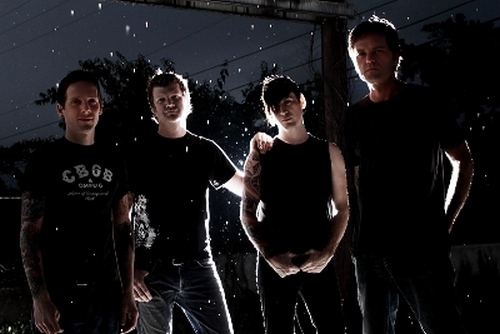 
When this first appeared, I didn’t know what the hell it was. I hadn’t heard one word about it. I was told that it pulled more weight than a charging rhino and that it could be the next “big thing”. So needless to say I was more then interested. Once I heard the first few seconds of it, I could tell it was something special.
Right away I recognized the sound, and then I heard the front man’s voice… paused a second… and said to myself SUPAFUZZ!! The man behind the microphone is Dave Angstrom! I’ve enjoyed those Supafuzz albums for years. Also his work with Hermano, really everything he’s been a part of is pure gold. With Asylum on the Hill he’s teamed up with other fellow Kentuckians, Jason Groves (Supafuzz/Rosie Rose), JD Garner (The Dead Hours/Lennon), and Phil Kring (Rosie Rose/Blue Honey).
This is one of those albums that gives me that little chill, you know, that feeling that starts at the bottom of your spine, then shoots up to the bottom of your skull when something kicks copious amounts of ass. Well that little “spine monster” was crawling all over my back during Passage to the Puzzle Factory. This is some serious rock music here folks, without taking itself too seriously. You can tell these guys love what they do, and are having a blast doing it.
Most of the tracks are fuzzy past-paced rockers; however like any great album it lets up for a few minutes to let you breathe. The song “Stones Will Wash Away” is no exception to the rule, showing Asylum on the Hill can do more than ram a bunch of riffs down your throat, it’s a… (Dare I say it)… love ballad! Fear not because once it’s over it’s off to the races with “Seasons of Hurt” a killer track. If I had to choose a favorite that would be it. The record closes with a haunting untitled “ghost track” that really spoke to me on a personal level because of the things going on in my life lately.
In a perfect world, this would be the kind of stuff on the radio instead of all the rehashed bullshit that litters the airwaves. This debut has something for everyone. Do yourself a favor and pick up this disc; you’ll be glad you did. Passage to the Puzzle Factory will go down as one of the best releases of 2010 and beyond and is an instant classic.
Reviewed by Adam Walsh 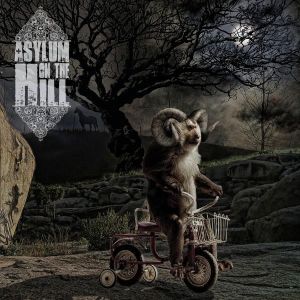 Digital Track List
01 I Got You
02 Bad Reputation
03 Go Tell It On The Mountain
04 La Pistola
05 Interruption
06 Beneath The Unfold
07 Devils Disco Pt I
08 Devils Disco Pt II
09 Some Kind Of Wonderful
10 Last Ride (Featuring Danko Jones)
11 Forevermore
12 Honey Bee
13 Stones Will Wash Away
14 Blood On The Doorway Pt I
15 Blood On The Doorway Pt II
16 Seasons Of Hurt Introduction
17 Seasons Of Hurt
18 Ghost (Hidden Track)
Posted by A.C.Cruiser