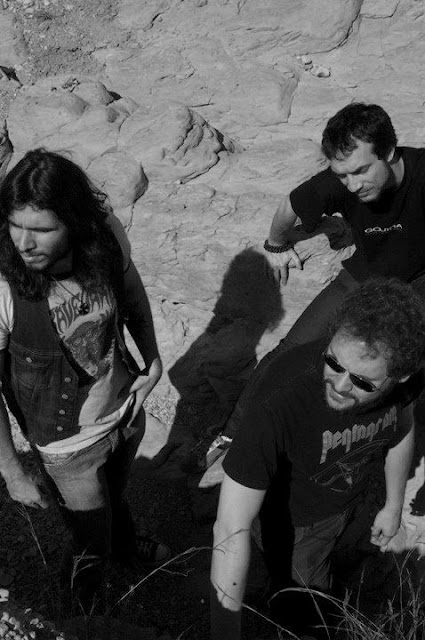 
Bong's up folks because there is a party going on in the psychedelic wonderland!

At first I thought; this is just another South American "low budget" band who is trying to hit the ceiling. About two minutes later I discovered that I was wrong! Domo isn't just another mediocre band but a real pleasure and if you are looking for a good "soundtrack" to your bong this is it!

Domo's debut demo (promo) contains seven heavy super psychedelic and experimental rock acts, and you get over an hour of sweetness and trippy soundscapes. There haven't been much good music from this part of the world lately and bands like Los Natas and Buffalo seems to have vanished from the face of the earth, well Natas is still putting out a tune or two that is worthy the ears, that's about it. Domo have broken the silence and proves that there is a new sheriff in town, so move over you fossils.

Even though all the songs are almost completely instrumental you never get tired of it and the gorgeous riffs literally come out of the speakers as a free-flowing acid syrup. Just the smell of it makes you high and as I said before; this slays! Domo is not preaching the usual stoner rock, as Kyuss and Fu Manchu etc, but these gentlemen offer a more acid-drenched dessert and are experimenting with jazz, blues and psyche. But calm folks, there are also some heavy fuzz immersed in the batter, enough to make even the heaviest guys to jump high... just press play and enjoy the ride!

Domo opens with 'Nadi' and almost immediately I get pleasing shivers and my ears buckling of delight. Bands like Colour Haze and The Machine comes to mind, and just like these dignities Domo knows how to enchant one's mind without leaving the smallest nerve unmoved. There are mountains of atmospheric deep dives, and the effect pedals have to work hard to please these brainiacs who only demand the best. The second act 'Prana' is a more stoner oriented mixture of psyche and acid rock with some vocals thrown in (a few words) that almost spans a 12-minute line. Once again you get a professional treatment of first-class riffs that makes every minute enjoyable. Other tracks worth mentioning are the ear pounding 'Asura', the relaxing ''Yamantaka' and the last trip, 'Samsara'. All three tracks are running in the same superior style without losing spark, although here you're greeted by intricate and beautifully composed riffs á la heavy psyche de luxe.

My advice to you is; GRAB IT! 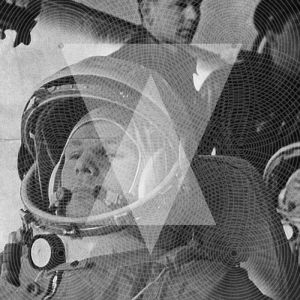