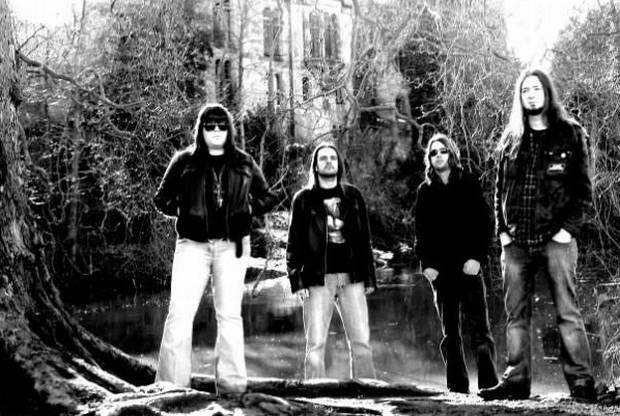 For the British quartet Alunah (formerly sans h), their full-length debut represents a huge step forward from their previous Fall to Earth EP.  The band has honed in on a focused, driven, fuzzy stoner/sludge sound, while frontwoman Sophie has really come into her own as a vocalist.
The most obvious comparison is Acid King, if not just for the “female-fronted stoner-band” factor, but the fact that they sound an awful lot like Acid King at times.  Not a bad band to imitate, in my books.
Opening track “Living Fast in an Ancient Land” has single potential, a catchy blend of early Electric Wizard and Acid King worship, though at 6:44, it's a tad too long for radio...  “Eternal Sea,” arguably the slowest number, features some crushing sludge riffs amidst tribal drumming patterns.  “Circle of Stone” starts off mellow for a couple minutes, before their signature fuzz-wah combo kicks in for a rollicking solo.
“Higher” is a tune that'll getcha there, with its droning OTIS intro giving way to something slightly faster and fuzzier.  “Hermetic Order of the Golden Dawn” ends the album on a high note, a gritty, sludgy number that wouldn't sound too outta place amongst some of the slower stuff on the new High On Fire—aside from the female vocals, that is.  I dig the Cisneros-style bass solo/cowbell interplay around the three-minute mark that serves as a stepping stone for the titular chorus.
With nine tracks stretching nearly 50 minutes in length, and all but a couple surpassing the five-minute mark, the album does tend to drag on at times, but there's enough diversity and vitality here to make Call of Avernus an interesting listen.
Reviewed by Gruesome Greg
Website
Myspace
Catacomb Records
Nasoni Records 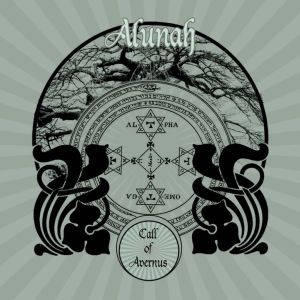