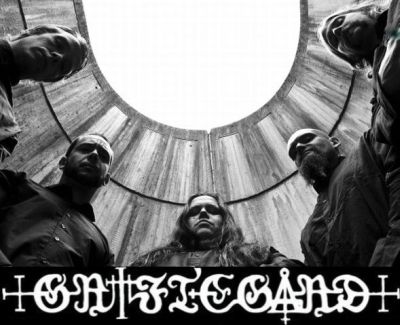 
Imagine a sulphur-smelling cemetery where the ground is completely covered with human bones. Where all the statues of Holy Mary crying deluge of tears, and where the wailing of a thousand souls becomes a lament that is heard miles away. It does not get much bleaker than this...

Griftegård is an old Swedish word for cemetery or burial ground. The word "grift" comes from the Latin word "crypta" and Greek "krypt", if you put together the words "grift" and the Swedish word for yard (gård) you get Griftegård, simple huh? According to me they could not have chosen a better and more appropriate name for the band, which goes very well with the music.

After a ginormous stir-up among the tombs with their two-tracked ep 'Psalmbok' in 2007, Van-records has now released Griftegård's debut album 'Solemn Sacred Severe' . The album could be described as a desperate struggle between good and evil, and is a severe, melancholy, and a totally breath-taking sledge-hammer which hopefully will get the attention it deserves.

Right from the first moment Griftegård shows who's in charge and that they belong to the doom elite. The first act 'Charles Taze Russell' certainly drags the monsters out of the closet and is a full-fledged vulture that swallows the whole Christianity in a single bite! Cut by cut these doomsters work themselves into your head without leaving any piece uncut. This lament includes everything on the doomsday menu and is brutally good, dark, gloomy, and slooow as hell. Almost majestic with incredibly good and clean vocals. You get 101% doom metal, more than enough to scare away the heavenly father and to satisfy all pagan 'bible burners' out there!

The second monstrosity 'Punishment & Ordeal' is a mourning soak that nails you against the coffin in the same seductive way as before while the fourth track 'Noah's Hands' is more like being thrown into a deathwatch of Gregorian monks. This is the punishment for having jerking on the sly during confession! You get the same anxiety-charged guitar grinding as Electric Wizard so happily shows off, the only difference is that the Swedes are not as sludgy, but more epic and are running in the same vein as Candlemass, Reverend Bizarre, Count Raven and Warning.

There are lots of doom acts today that sounds much alike, but there is only a few who stands out and manage to climb the ladder all the way up. Griftegård are one of those bands who have successfully managed to reach the light and are probably poking god's ass by now. You get six killer tracks in almost 47 thrilling minutes just as mean as they were meant to be, the album is like going downhill on a crooked cross straight into the abyss. Griftegård are true riders of doom and 'Solemn Sacred Severe' is a masterpiece who deserves to be placed as one of the artefacts in front of the altar in the temple of doom! Simply, this disc is one of the best albums in 2009! The artwork on the vinyl release is unbeatable so hurry and get you a copy. 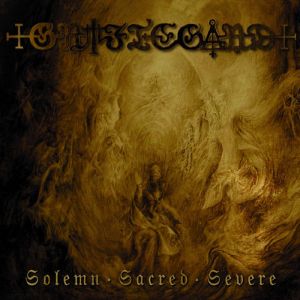