REVIEW: Trippy Wicked & the Cosmic Children of the Knight - Movin On 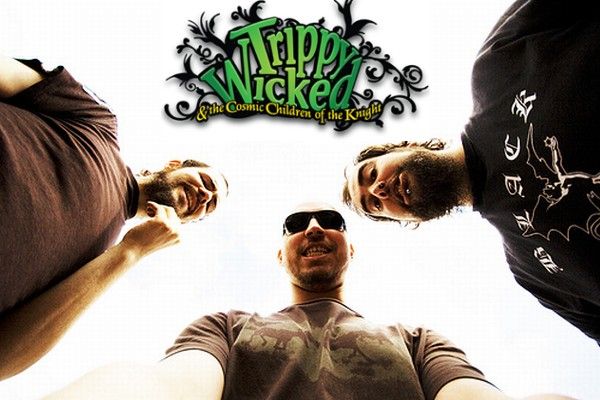 StonerRocK from the UK
Trippy Wicked & the Cosmic Children of the Knight - Movin On
If you dig up all those hidden/forgotten trips on the fields where the Woodstock festival once took place and put'em in a meat grinder along with captain Ahab's beard, a pair of dusty sun glasses, some good old evilness, and a giant fuzz pedal and grind it and you get close to what these fuzzlords are up to!

Trippy Wicked & the Cosmic Children of the Knight are back, this time with their self-released full length album 'Movin' on', and yes I agree, let's move on, but not until you read this! The music is quite doomy and gloomy but not all of it, there are also a lot of stoner and acid rock influences in the arsenal and these three DIY lads from the UK seem to have a great time together. It's vivid with lots of catchy deep-dives and the lyrics are about growing beards, girls, aliens, loneliness and pirates. In other words, they sing about everything that cross their minds.

The opening title track 'Movin' On' and the following hell raising 'Sea Shanty' gives a hint of what to come and proves that 'the children of the knight' are not only (k)night creatures but also great musicians. Both songs are like two fists of fury that crushes everything in their way, the music is heavy and neatly arranged and are similar to both doom metal and fuzz rock.

The album feels a bit sprawled and the guys in Trippy Wicked & the Cosmic Children of the Knight don't seem to know which leg to stand on from time to time. But still 'Movin' On' is absolutely not a bad album, nuggets like 'Echoes' and 'Innocence' makes it worth a place among the goodies, especially Echoes which touches every nerve in your entire body in a beautiful and melancholy way. 'Innocence' is what I would call cosmic doom and can be compared to both Electric Wizard and Starchild.

The bone crushing 7th act 'Not What You Know' is also one of the reasons why 'Movin' On' is worth the cash and it makes me think of the most in the stoner rock genre and in some way Black Pyramid, just as sludgy but not as heavy. You get three minutes of burning napalm that smokes everything in its path; this gem is definitely one of the best tunes on the album. Generally 'Movin' On' is a well-placed bunch of punches, but makes some oblique steps that makes me not entirely convinced, but STILL this is a great album who deserves to be purchased. I hope they hit the bulls-eye next time. 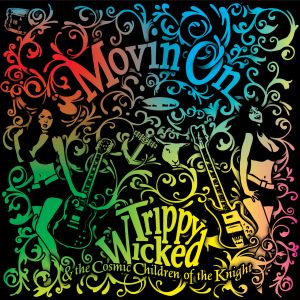