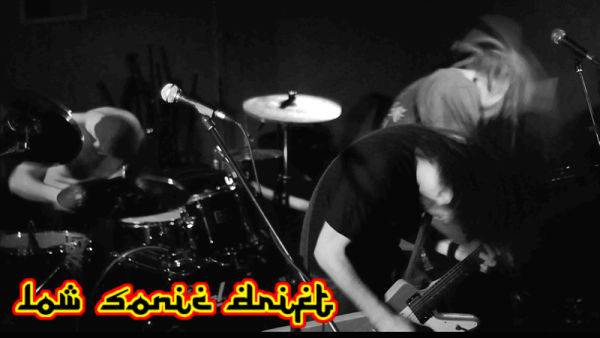 
Now, pardon my ignorance but I'm struggling to think of many decent metal bands from Scotland. Nazareth paved the way in the 70's, Holocaust flew the flag for the NWOBHM north of the border, Heavy Pettin' disgraced themselves by entering Eurovision in the 80's and Mendeed turned out a frankly fucking awful racket in more recent times. For a country that had William Wallace, one of the ultimate metal heroes it's not a great pedigree. I'm very glad to say that Low Sonic Drift may be about to put Jock Rock firmly back on the map.

This five tracker is a remarkable piece of work for a first release. The three piece claim influence from stoner rock through to thrash to psychedelia and prog and, yep, they pretty much cover all bases but this isn't a band desperately clinging to any style to try and spread their appeal, this is a band creating a vision and sound of their own. Maybe the dislocation from England is working in these guys' favour!!!

Low Sonic Drift (are the initials just a coincidence?) put their balls on the line on this release and refuse to play it safe. Opening track "The Sun Doesn't Rise" is clearly the ace in the pack here. Restraint is the key as the song creeps in on a snaking bass line interspersed with piano chords and a lone violin weaves a Middle Eastern melody before we land in riff heaven. Vocalist/Guitarist Ramo peppers this song and the rest with an east meets west, Bay Area meets Marrakesh style thrash crunch. The emphasis here isn't on heavy for the sake of it but melody and inventiveness. The guy also has a decent set of pipes on him that bring to mind a young Mr. Hetfield and a canny ear for a catchy as hell melody. In fact "The Sun Doesn't Rise" features one of those nagging chorus hooks that you find yourself humming at odd times...like when you're doing the washing up!!!! "Hyperion", "As The Crow Flies" and "Shadows", while maybe not in the same league as the opening track certainly aren't far behind as LSD weave their psychedelic thrash tapestries around complex song structures and top drawer musicianship. At times the band dip their toes into the pool of Tool and tip a nod to Alice in Chains amid the breakneck Voivodesque crunch assault. Track four "Tamrine Namayesh", and bear in mind this is the band's debut EP where most bands would maybe opt for maximum crowd pleasing potential, takes us on a journey back to Eastern shores with its ethnic instrumentation and hypnotic drone and is a beautiful refrain and contrast to the wall of rock surrounding it.

I will openly admit that this release is not generally the kind of thing I would listen to but on first listen I was suitably intrigued and over the last couple of weeks since this landed on my doormat I have found myself repeatedly drawn back to it to the point where I just can't shake the fucking thing out of my head...it doesn't seem to matter what else I may listen to in the meantime the melodies keeping popping up like fucking gremlins!!!

I only have one gripe, and it is a very minor one at that, and that is the production. Although it is very crisp and clear and each instrument occupies its place it does maybe lack a little weight...a bit more guts in the bass and a bit more beef on the guitar wouldn't go amiss to my ears but with tunes like this and the musicianship on show I can easily overlook this.

When the pages of the rock press are full of spotty little fuckers with crap haircuts churning out faceless generic bollocks it is criminal that a band like Low Sonic Drift are having to fight to get themselves heard and I hope geography doesn't go against them as this really is a band to watch and cherish. Roll on an album!!!! 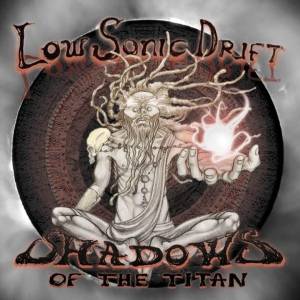