A truck load of shrooms + 30 gallons of acid + some hippie hair + three dead peaches + a big fuzz pedal + a pinch of magic + a few beers = Deadpeach!

Deadpeach have been brought back to life! After four years of silence, occupied by picking mushrooms, drinking beer and counting space-shrooms in the sky these Italians have return with yet another album. The new album '2' offers a colourful mix of heavy 60 /70's psychedelic goodness and fuzz rock, enough to blow any stoner sky high!

Deadpeach started off in the mid 1990's and has since then released a whole bunch of goodies, including två vinyl 7", three demos, have participated on several compilations, and until now två albums. They have also played with acts like Colour Haze, Orange Sunshine, Ufomammut, Atomic Workers etc.

The new release '2' opens with the heavy psyche oriented 'Cameriere' which is a nicely composed piece of art that is reminiscent of much from the 60's and 70's. The second track 'Universo' goes on in the same direction and the dope smoke literally seeping out of the speakers while i'm enjoying the ride (for the moment). The album is full of atmospheric deep dives, some flute (in 1 or 2 songs) which just feels refreshing, and an army of ornate psyche riffs that gives color to the most. There are some light spots but unfortunately, I think that the new album is a bit too "tame" and I like the heavier stoner rock as Deadpeach showed up on 'Psycle', but still it's not bad in any way and it might be a grower.

The fifth track 'Nel Bosco' which also is one of my favourites on '2' is a typical acid rock tune with relatively high potential, while the successor (L'ora) is more like a showdown between blues and heavy psyche. As I said before there are a few gems on the new album but on the whole this is quite mediocre and I was hoping for a heavier presence.

For those of you who are interested in bands like Blue Cheer, Hendrix, Atomic Workers, Baby Woodrose and Lonely Kamel can really cut loose, while the rest of us can stay at home hoping for a heavier future. 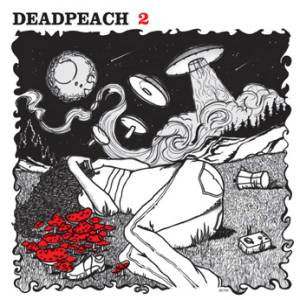