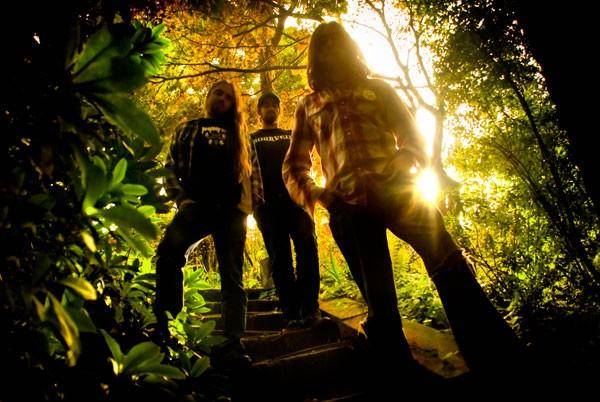 
New Zealand is not just Maori, Kiwi birds and sheep, they also have Soulseller! This is the first time I have the honour to 'rock claws on a combative Kiwi' from New Zealand and true to my words... the Land of the Long White Cloud Rocks!!!

The debut ep by Soulseller delivers a five mega ton rock assault ready to smash any jaw in sight, this high-explosive piece of plastic immediately takes the lead and rushes on like a rampant flock of mammoths. The first track 'Talking in tongues' Literally rip your heart out and feed you to the sharks, a killer that leads me to war dance around my flat. This song has a huge portion of fuzzadelic magic and lots of rock energy which makes it a given Saturday night winner.

Soulseller rammers on with 'Dead in the water' and this nugget is just like the previous 'tongues' a hard hitting belly puncher, supershitty to the max with a gallant singing performance which makes me think of bands like Calamus and early works of Dozer.Soulseller ends with 'Bloody Richard' and i almost shit my pants. Once again they poke god's ass and i'm in love for the second time this evening, Soulseller saves my day! Along with the opening track this giant is my favourite. Heaps of fuzz laden guitars and heavy grooves with a doomy and psychedelic twist and the god's rolls in ecstasy.'Bloody Richard' simply rips the paint of the walls!

There is not a single filler on the ep, each track serves its own purpose and Soulseller is just as cocky as a rock band should be. The band has managed to stay alive since early 2004 and with bands like Ahkmed and Mother Mars (if you count in Australia) Soulseller makes a heavy arsenal... these guys are indeed on the warpath and ready to conquer the world!

If you need something more thrilling than a little rattling this ep is highly recommended and i hope there are more to come from this band in future.

Myspace
Heavy Down Under
Dunedin Music 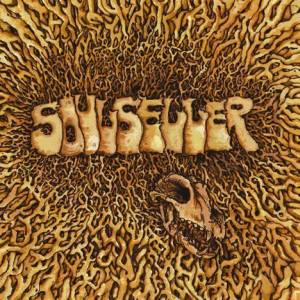 Track List
01 Talking In Tongues
02 Dead In The Water
03 Year Of The Dog
04 Drinking Again
05 Bloody Richard
Posted by A.C.Cruiser