The Swedish band Pyramido has just released their first assault on the ear drums, a brutally massive album entitled "Sand", which by the sound of Ronnie's tortured screams, sand is what he gargles with every morning, right after the three shots of gasoline.

From the beginning track, "2 Years 8 Months 21 Days", the thick wall of sludgy doom-laden guitar riffs pummel the senses and don't let up. Giving fans of Eyehategod, Celtic Frost, and early Entombed something to sink their teeth into.

If you like your metal low and slow with throat shredding vocals, this might be your favorite new band. For me I'd like to hear a little more variation mixed in - instead of sounding like the same song played 5 times. All in all it's a well recorded ball of molten metal. I think as the band progresses and matures they will find their unique sound. Give this a spin and piss off your neighbors! 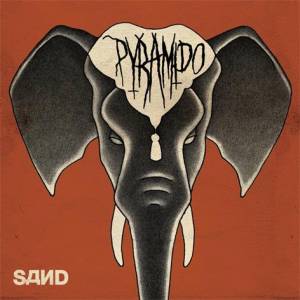