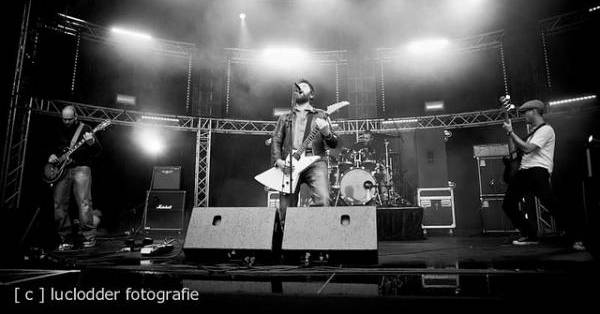 
Deville is another great band from Sweden and have been releasing the fuzz since 2005 with their first disc a split cd with countrymen Sergej the Freak. They now call Buzzville Records home and have released 2 albums from the Belgian label.

While spinning the new Deville album Hail the Black Sky, I had an overwhelming urge to lie down on the carpet and make a (what I like to call) Fuzz Angel. Somewhat similar to a Snow Angel only you flap your arms very fast until you build up enough static electricity to power a small car, then run around screaming "RELEASE THE FUZZ!!!". Typical Saturday night at my house. Anyhow... Hail the Black Sky definitely releases the fuzz, delivering a nonstop barrage of catchy hooks and memorable riffs.

From the slow fade in of "Levitation" I get the impression Deville means business, and might be trying to take a stab at the mainstream. Any track from Hail the Black Sky wouldn't sound out of place sandwiched in between a Foo Fighters and a Queens of the Stone Age song, making fans of those bands say, "What the hell was that?, That rules!!".

The production is great and sounds fabulous cranked to 11, and Andreas's vocals slice through the mix of the de-tuned fuzzy guitars and thunderous drums, taking the listener on a magic carpet ride. My favorite track on the disc has to be "Early Grave" - arguably the heaviest track, with a slow and low riff that gives me shivers up my spine. Hail the Black Sky is another album that has great continuity and an album I can start from the beginning, listen straight through without ever getting bored, and not hit the skip button. To me that means it's something special and ahead of the curve. A great listening experience...Are you experienced? 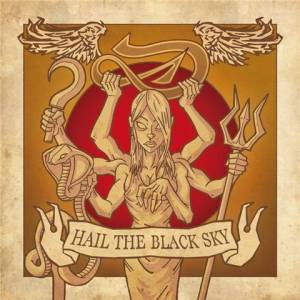