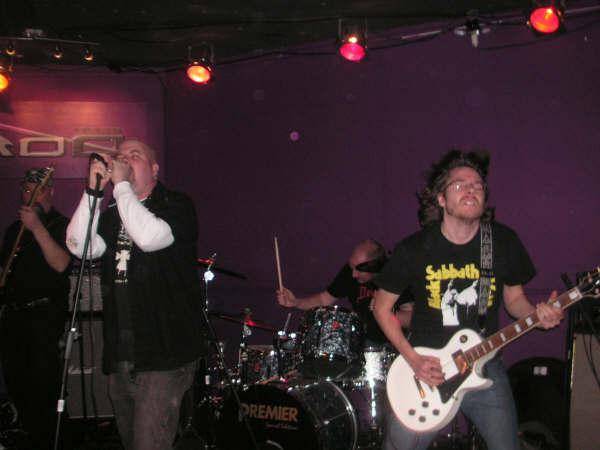 StonerRock from Sweden
Ponamero Sundown - Live The Lie
Ponamero sundown from Stockholm, Sweden offers a superior stoner rock dinner for two, a spicy and flammable taste in twelve acts that makes almost everything else feel tasteless. These titans are using only premium raw materials which makes this disc to a giant that easily places on my top ten list this year.
With four demos in luggage Ponamero sundown finally releases their debut album 'Stonerized' on the Swedish label Transubstans records. I got totally carried away, or should i say STONERIZED by this piece of jewelry when it started to spin, ok I wasn't that surprised by what I heard because Ponamero sundown's previous works have been splendid so far and the debut only make the band grow even stronger. These Swedes have much to offer and mixes the best of the 70's hard rock with modern fuzz rock in a mature and professional manner which I love. The ponamero's simply whips the shit out of most bands today!

First track out is 'Alcoholic deathride', a glowing projectile which drills into bone and marrow. This is crazy good, an excellent show-off how heavy rock should be done in the most spectacular way. Like a giant rock hammer 'Alcoholic deathride' slays everything in its path, lots of heaviness with heaps of groovy riffs and catchy vocals. I keep banging my head against the desk and I feel like a true rock hero, every second on this 'deathride' makes me shiver all over... yes sir! These guys can surely boogie!

Ponamero sundown rumbles on with 'Curtain call', not as fast as the previous but damn so good, heavy and melodic with a hard-hitting chorus which makes me fall off my chair in delight; this is definitely one of the outstanding songs on the album. These four pistoleros are unstoppable and are moving fast like a lawn-mower on dope. The list goes on and on and the hit songs whit densely on 'Stonerized' and almost nothing threatens these swedes from reaching the rock throne. Tracks like Reborn, Live the lie and Hell sent makes me run amuck through my flat and Ponamero sundown keeps reminding me that there might be a god after all.


The final track 'Double you' is absolutely one of the strongest songs and along with tracks like Alcoholic deathride, Curtain call and Hell sent is more than enough to make grandma's pacemaker to hit a few extra heartbeats. 'Double you' makes me think of bands like space probe taurus, Greenleaf and in some way The mushroom river band and will be played over and over again until my neighbors call the cops!... in fact the whole album will terrorize my neighborhood for the next few weeks.

Stonerized is a hellride in 300 dodge without inhibitions from start to finish line and Ponamero sundown clearly shows that speed limits are there to be broken. Track after track is being grazed off quite brilliantly and the band shows that they are to be reckoned with. This band have been waiting far too long in the'demoland' for the breakthrough and Transubstans made the right choice by releasing these songs, the guys in Ponamero sundown really deserves it.

There are no excuses and the god's will punish you if you're not buying this record!!! 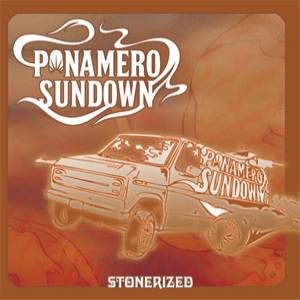