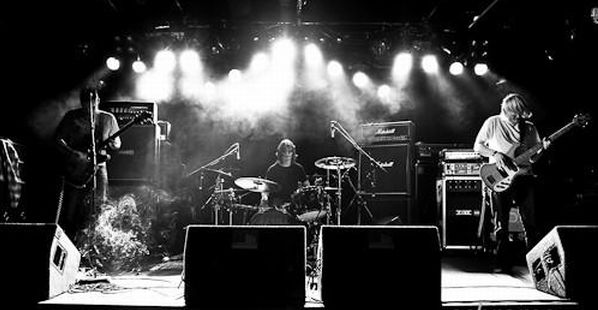 StonerRocK from the Netherlands
The Machine - Solar Corona
If The Machine were a woman I would do anything for her! I've been waiting for this one, and finally it arrives...The Machine are back!!!
In 2007 The Machine made their awesome first album "Shadow of the Machine" and I almost immediately fell in love with the band and it was like injecting fuel right into your veins, rigorous and almost godlike. There were lots of great Dutch bands back in the days, once again The machine shows the masses that the Netherlands still going strong.

I bow and respectfully welcome "Solar Corona", album no.2 by The Machine. The unstoppable psychedelic fuzz machine have returned and just like a magician swinging his magic stick these dutch rulers creates magic for the second time. It's hard to pick a specific track as the best song on this seven track masterpiece because the whole album is a magnificent journey into time and space. Along with the guitars, bass and drums there are also djembehs and gong included in the arsenal. "Solar Corona" is more multiple than the previous album with less vocals and more jams, experimental deep dives and hypnotizing bluesy riffings. Mix the best from the late 60's with early 70's stuff, add some desert rock and you get the exakt formula.
This concept is timeless and lasts forever!

The first one out is the title track Solar Corona, it starts off with a typical Kyuss riff quickly explodes like a gigantic acid bomb with furious guitar solos, heavy bass lines and great drummings. Caterpillar's mushroom, the forth song on this piece of plastic is based on Djembehs backed by a relaxed soundscapes and reminds me of Lamp of the universe.
"Solar Corona" is mainly instrumental but not all of it. Davy, Hans and David has done a great job on the album and i just love the sound of the warm and dusty guitars it, gives me a hard on, shit embrace! ...this is art made by true artists. If you digg Electric magma, Colour haze, Datura and Gomer Pyle you will love the remarkable work of The Machine.

This is a good year for the stoner rock scene. Many new good bands pops up like mushrooms and i am curious about what will happen the rest of the year and with gold nuggets like Solar Corona makes my life a pleasant feeling.

Feel free and unleash the herbs! 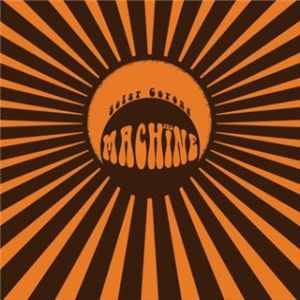