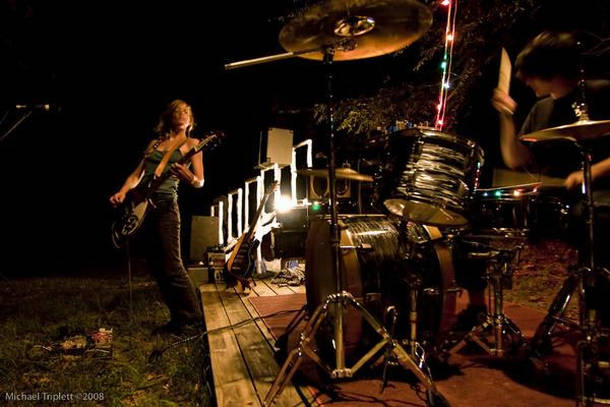 SludgeRocK from the USA
The Curtains Of Night - Total Domination


The Curtains of Night are an all girl duo hailing from North Carolina USA. These Devil's Angels serve up a massive monster fuzz sound, in the vein of Dead Meadow, Sleep, Black Sabbath and Buzz O'ven. Although only Guitar and Drums you'd be mistaken that these girls are playing as a four piece the sound is so fucking chunky! Take Black Sabbath interludes mix the psyche of Dead Meadow with droned fuzz one noters and throw in the anger of Buzz O'ven and you get a fair picture as to what The Curtain of Night is doing here.

Right from the get go Lost Houses kicks you square in the nuts! The opening track Living Forest is an angry swirl of complete rad riffage! Psyche opening riff is text book Dead Meadow sounding but throughout the song these girls branch to a league of their own. Nora's vocals are crazy angry violent yells and chants that makes the hairs on your neck stand up I would never wanna piss this chick off !:). Living Forest is a massive sound for an opening track with that many riffs and perfectly orchestrated timing!

Total Domination is another killer track, Sabbath as hell and full of balls I can't believe these girls are just a duo! The opening riff which carries on for a good 2 and half minutes is HEAVY! Like a wrecking ball aimed straight for your head, Nora's vocals kick in and its EYEHATEGOD evil bad ass sludge short and sweet and to the point.

The Curtains of Night have put together a really powerful and refreshing record here. It's hard to try and put them in any genre they truly are doing music that could be described as their own, sure they have influences but this could easily please any Heavy music fan. Try and get past the screamo vocals at times, well most of the time and listen deeply to the actual music. Anyone who likes there music jammy will dig the shit out of this! Sleep fans right through to Dead Meadow fans unite and Hunt this down!

Fuzz rock has some new heavy girls in town be very fucking scared! killer stuff girls keep the jams coming this CD hasn't left my car stereo or CD player for 3 weeks now, you left me in cold sweats sitting in the corner of the room.... 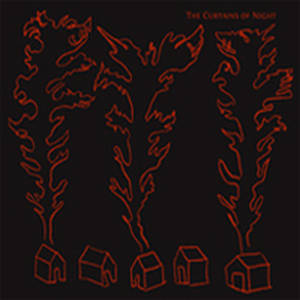