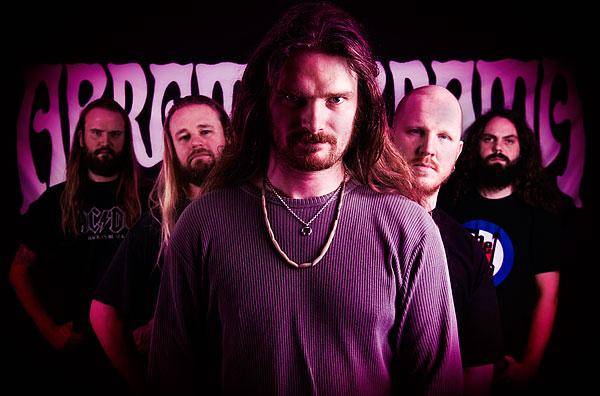 On the 6th album Abramis Brama takes you on a 'pre-historic' ride through the soundscapes of the 70's. This is alive and kicking, and a very benign experience for those who are looking for some action. Take the bull by the horns and join Abramis Brama on their timeless journey towards the top!

This is rock på svenska! (in Swedish:)) and I don't think these Swedes need a further presentation because they have been around for 10 years and rarely disappoints anyone who's into this kind of music. The latest blow 'Smakar söndag' (taste Sunday) offers you a fascinating blend of a high explosive seventies-inspired hard rock with a taste of stoner. I can assure you that these five heavily armed Vikings can handle both axe and sword in a brilliant way which makes 'Smakar söndag' to a winning concept!

Abramis Brama stretches and kicks of with the magnificent 'Kylan kommer inifrån' (the cold comes from within) and it's like turning back time, a tasteful sound experience fills my head and I find it difficult to sit still while the music pumps out of my speakers. 'The cold' simply blows you like the wind and I find it very hard to dislike these guys from Stockholm. The title track 'Smakar söndag' is mind-blowing and captures the finest moments of the 70's and is definitely one of the projecting tracks on the album. You get heaps of heavy riffing with tasteful melodic vocals which clearly shows that November are one of the sources of inspiration. I get the feeling that the song was written after two days of heavy DRINKING!

Abramis Brama continues to turn water into wine and delivers one of my favorite tracks: 'Enkel resa' (one way trip) and the mighty 'Med ont försåt' (with evil insidious), both tracks easily knocks your teeth out in just one hit and I'm starting to get this Stockholm-syndrome! The one and only 'Med ont försåt' are a neat creation in 10 minutes, with a retro-feeling that makes any pre-historic hard rocker to run amok in the streets. The band ends with the mediocre 'Kommer hem' (coming home) which is a quite calm, jazzy and unnecessary act to this album that does not impress me at all.

'Smakar söndag' is overall a good album but have a few fillers which disappoints me a bit, I thought the disc would be better and ports only as number two on my Abramis Brama's-best-album-list. According to me 'Nothing Changes' is still their best album so far (even though it contains songs from the first two albums sung in English). 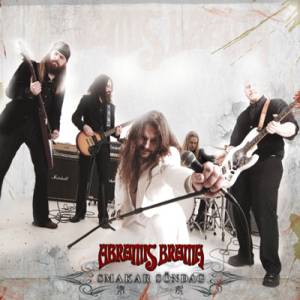