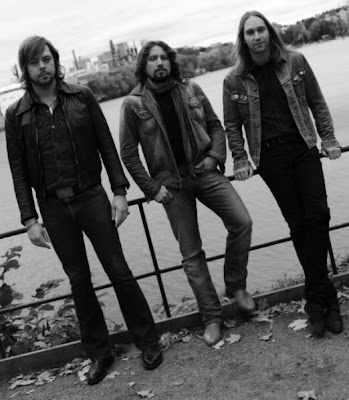 
If you are looking for some god old stoner/hard rock worshipping you have chosen "the right swamp", because this is what the Swedish Mangrove is all about.

The second effort 'A Distant Dream Of Tomorrow' contains 10 juicy tunes to chew on, that touches all aspects from the sacred 70's mixed up with a heavier stoner sound. In other words; you should not miss this power trio if you are a pre-historic fuzz rocker thirsting for some classy entertainment!

Mangrove begins the journey with the stylish 'Black Sun', which in a matter of seconds explodes and turns into an accurate fuzz machine churning out a ferocious cavalcade of yummy riffs. There is enough fuzz for everyone, even to set any space cruisin' granny off course! On the title track 'A distant...' and gem no. three 'Never Again' you get the same uplifting treatment. Especially on Never again which is a full-fledged rock hammer that hammers deep holes in the crust which is "surprisingly" similar to Black Sabbath's Never say die-era.

On the fourth song 'I've been seen upon the sun' Mangrove offers a somewhat slower performance, and the Swedes take a more relaxed position. Bands like Captain beyond, Led zeppelin and perhaps Leaf hound comes to mind, the song itself doesn't impress much on me but should satisfy those who prefer calmer rhythms. On gold nuggets like 'Mean Woman Blues' and 'Odd John's Mindtrip' the "swamp things" is back on track and fires two well-placed jaw knocks and as usual with these gentlemen, it is both well played and nicely arranged. Other highlights to this album is the eighth gem 'Walk Over the Ocean' and 'Legend Roads' which is a nice finish to a A Distant Dream Of Tomorrow, further comments is redundant since the seventies makes itself  felt even here.

'A Distant Dream Of Tomorrow' is in general a safe bet, even though it made a few slips here and there. The tracks are beautifully assembled, the vocals are excellent and the sound is perfect for this kind of music. If you get hopelessly in love when you hear Grand funk railroad, Captain beyond, Positiva (latest effort), Nebula, Forte, Dozer, and Kyuss you should get this disc at once! 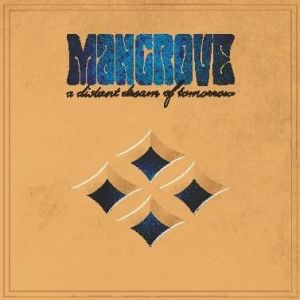