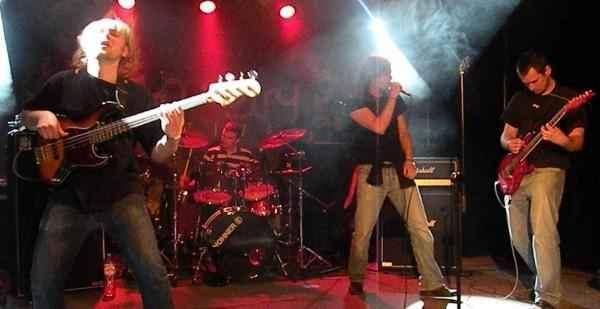 STRAIGHT FROM PALM DESERT IN POLAND...oh I didn't know, now I'm confused;), do they really have a place by that name in Poland, or not?...anyway this has to be the first desert/stoner rock band from this part of the world to walk this planet.

This is great sound from the des...oh sorry, I mean Poland and the guys in Palm Desert have been practicing the doctrine of Kyuss for sure and just like other bands in the same genre they have managed quite well. On the second effort 'Dawn of the burning sun' by the polish desert rats you get plenty of Kyuss / QOTSA vibes and lots of good riffings along with a front cover of the sun that NEVER been used before;)

The opening 'Fallen star awakening' is a taste of what is to come, and I believe it is meant as an intro... anyway, it makes me think of those dusty roads beyond the desert dunes and it is a quite pleasant introduction to this album. The second '10,000 miles away' are mindblowing, it has almost all of the ingredients for the perfect rattlesnake soup. The riffs are cool and the dry and 'dusty' guitar sound gives me chills, '10,000 miles away' are one of the outstanders for sure and have a glow which almost makes the sun burn out.

On the third track 'Imagine eyes' Palm desert continues their journey towards the sun but this time it feels a bit more Grunge and makes me think of bands like Soundgarden and Pearl Jam, but still there are lots of stoner rock vibes in it. Nuggets like 'Wakatan' and the title track 'Dawn of the burning sun' along with 'Fucking everything' are Hermano 'look-a-likes' for sure and have to be my fav's on the album, perhaps these are the missing tracks of the 'Only a suggestion' album? ;) Once again you get the pleasant hybrid between desert rock and grunge, with heaps of nicely arranged riffs along with good vocals. The guys in Palm Desert have finally put Poland on the map as one of the best acts in Eastern Europe and even if the disc is not completely perfect, it deserves Your attention!

Just the way Kyuss once did it, these fuzzbusters seem to love going downhill on the desert dunes, it's nothing new and it's been done a thousand times before but it's still good stuff and should be interesting for people who is in it for the fuzz. Unfortunately the production are rather poor and sounds like a demo recording which I think is a shame since most of the songs are good. Unfortunately this 'issue' makes 'Dawn of the burning sun' only to be put among the second best. 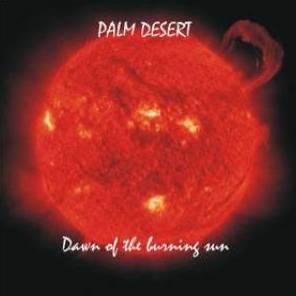