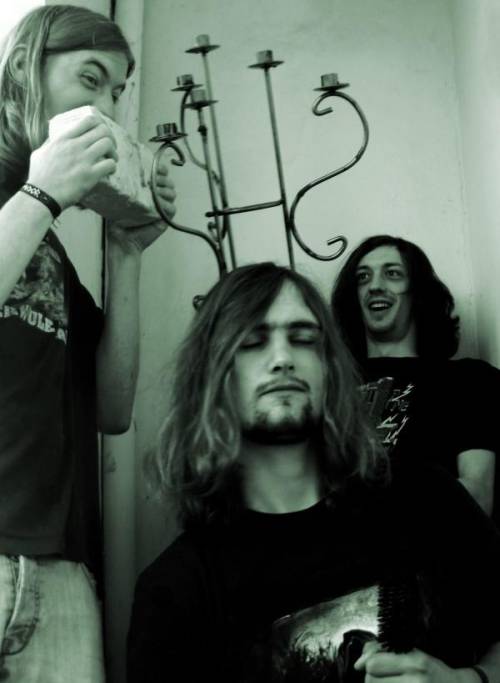 StonerRocK from Germany
Bone Man - Lecher In The Hollow


I often find it incredible, disappointing and frustrating how record labels seem happy to throw a small fortune at releasing mindless, generic shit when there are bands like Bone Man out there doing it for themselves. It's bands like this that make the whole job of reviewing completely worthwhile when you get that vibe of checking out something new and being blown away!!!!

Hailing from Kiel in Germany, this three piece have gone the whole hog and put together an eight song album for their debut release that would put most label releases to shame...and then some. Bristling with a massive, gut punching production and lurching from doom to stoner to grunge to psychedelia with all stops in between this is a remarkable release.

Opening track "The Wizard" is a prime piece of tripped out doom throwing in some nice spacey effects around the huge burning riff. Marian's vocals bounce between a full blown guttural roar to Jim Morrison-esque croon with ease. Unfortunately this is also the least remarkable track on the album and doesn't fully prepare the listener for the delights to follow. "Lecher In The Hollow" is next and is undeniably the catchiest slice of stoner glam I've heard in years. If you don't find yourself singing along to the genius refrain of "I'm a dirty old man, I'll do what I can" then, frankly, you're a twat!!!! This track is pretty much the equal of any stoner tune I've heard in the last ten years and should see these guys get signed on the strength of this tune alone!!!

Track three offers yet another change of pace. "I Have Never Been In The Desert", ironically considering the title, is a kick ass hard rocker that Kyuss would have given their left nuts to have written. "Into The Green" pops a tab, sets phasers to stun and heads into serious head territory with a psychedelic journey that's equal parts Jane's addiction and Kyuss again. "Carnosaurus" pumps the gas for a brutal heads down punked up noise blast that teeters on the brink of collapse but holds things together...just. Obligatory quiet track "Out of the Green" is a non essential acoustic piece that's pleasant enough and does at least give some respite to mop up your bloody nose after the previous track.

One they stop messing about and break out the amps again, "Heliopolis" is another trip into the psychedelic subconcience...big of riff and swirly of effects with a touch of Soundgarden and Monster Magnet running through it's lysergically altered veins. "Lady Vanity" rounds things off nicely with a tasty rock number that flexes its 70's chops and shows that these guys aren't content to follow a singular path.

One tip, don't go by what you hear on Myspace...buy this CD and whack it into a stereo with some guts...let the bass kick you in the nuts as with some volume this could result in some kind of prolapse!!! Someone should throw some money at these guys, seriously. If I had a label I'd be on the phone right now...hell, if I had the money I'd be starting a label just to get these guys heard!!!! 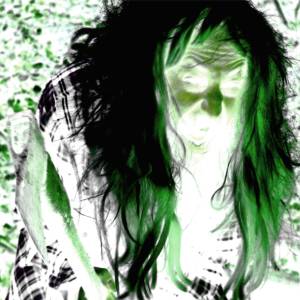 Track List
01 The Wizard
02 Lecher In The Hollow
03 I Have Never Been In The Desert
04 Into The Green
05 Carnosaurus
06 Out Of The Green
07 Heliopolis
08 Lady Vanity
Posted by A.C.Cruiser