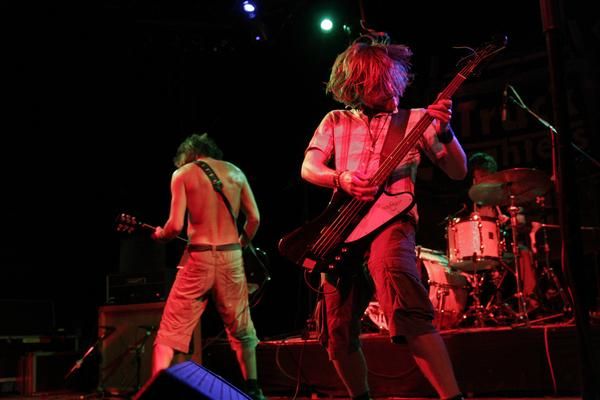 
Finally it's here! Truckfighters long anticipated 3rd Record. I must say I had mixed reactions to this record at first, I guess I was expecting to instantly enjoy this slab of rock, but in turn I found myself having to spin it over and over to fully unite with what the Truckfighters are doing this time around.

Mania kicks off fairly slow and had me worried that it was just another extension of their previous records although not a bad thing I guess, I was expecting a lot more as the band matures and having now 3 albums under their belt and seriously considered a fairly wealthy contributor to the fuzz scene.

It wasn't till I reached the beautiful song "Majestic" that there was a sigh of relief and the truckfighters are back! The Majestic is what the title says, beginning with a lovely distorted bass line floaty effects laden licks from guitars that explodes into a in your face fat fuzzy riff, this song has everything you could ask for well crafted die downs to big build ups. The riff around the 7 minute mark is ultra heavy almost doomy with some really nice tight musicianship.

"Monster" is a very different side of truckfighters it's almost pop but with some nice groove and an incredibly catchy acoustic riff you could almost have been mistaken, that you are listing to a semi Radio friendly track! ( A la Page & Plant ) Con of Man is probably my favourite track on the record, its trade mark Truckfighters lovely tone with some really nice time signatures and good use of effects.

The overall production on Mania is solid, far better than any other Truckfighter album, it's like they took their time this time around. Oscar's vocals are moved much more forward in the mix and the Drums sound far more beefy and somewhat live. The mixture of effects and some small overdubs work well to create a more intimate listen, however it is a busy record and sometimes it's cool just to keep it simple from time to time.

All in all "Mania" Delivers a good mix of heavy Fuzz Groove with some got experimentation I wouldn't say ground breaking, but a solid release that will please the standard stoner demographic to no end! Hopefully Mania will allow the truckfighters to travel to Australia and other roads less travelled, would be nice to see them live and see how they play this record live... 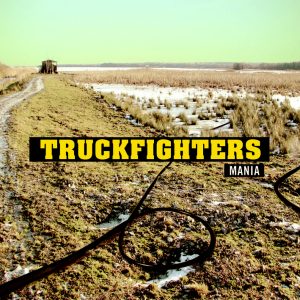