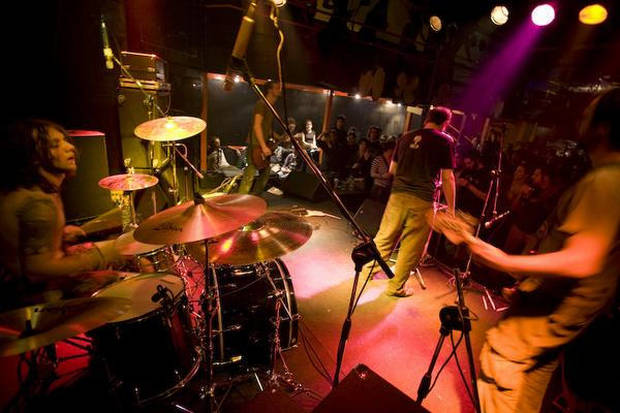 StonerRocK from Croatia
Stonebride - Bending Roads
Heavy, down tuned and uncompromising full speed ahead stoner rock... Croatia has done it again! Stonebride from Zagreb, Croatia (former Yugoslavia) Know how to handle their instruments properly... holy macaroni!... it smokes!
The debut release, Smile & shine ep in 2006 was the start point for Stonebride's journey thru the heavy landscape off fuzz. Back then Stonebride had a more sludgier Approach, which still stains their music, along with a more vivid and personal sound. The second release, Inner season shows us what it's all about, rock fury at its finest moments.

The new album Inner season blasts off with Bending roads, at first i though stoner rock with some punk rock influences but it quickly developes into classic fuzz rock, stoneriffic, fuzzadelic and heavy as hell. Bending roads makes the whole building shiver in fear for what to come. Light years of fuzz drenched guitars, a crushing distorted bass and cool drummings, Inner seasons starts off great! After a quick reload Stonebride delivers another well placed punch, The amazing voyagers, and this is amazing and just like the first punch this jaw breaker simply rule. It's more laid back but still has this heaviness we all love.

Mr. Plow is Growing Hop, track four on Inner seasons is like a bulldozer on the run that end up deep diving in Tony Iommi's swimming pool. Stonebride closes Inner seasons with the monstrous Drag & Drop (my fav), a abomination off fuzz rock with a doomy feeling and once again there is alot of sabbath worshipping. Dark and gloomy, heavy and sludgy with a wonderful sensitivity... 11 minutes of sabbathic purification!

Inner seasons have some relaxed moments but in general this is a rollercoasting rock'n roll machine crushing thru bone and marrow, is five tacks in 39 mins. Enough for ya?  Well, not for me and i guess i'll have to wait till next time to ease my hunger. Along with Cojones and Umor, Stonebride have put Croatia on the map and it's great, keep the banner high! Buy the album at http://www.kozmik-artifactz.com/ 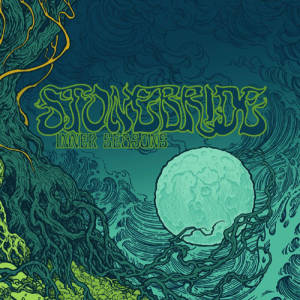