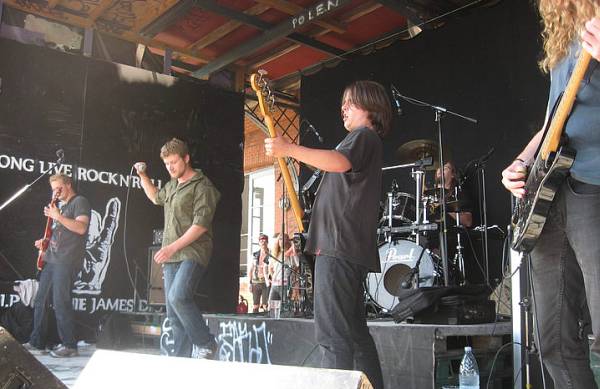 ﻿The Danish(!) Altar of oblivion rises from the grave and once again the plague draws across the continent... get ready for a journey of no return through death and despair!

On Altar of oblivion's debut album 'Sinews of anguish' you get a well composed death mass in eight acts, filled with anguish and darkness and great melody loops. If you're looking for some happy moments then you have come to the wrong place and may take the lift up again, with other words this disc is NOTHING for the godly!

The opening track 'The final plague' takes the lead right away, an uncompromising bombardment of sharp steel passing through walls and ceilings. The vocals sound like a mix between someone who's taking a shit and dracula, but neither shit nor dracula scares me away. 'The altar' has a massive guitar sound that gets under your skin and 'count dracula' howls in pure desperation like he would die in any second. His voice suits the music to one hundred percent!

Altar of oblivion is a great band with great potentials and almost all the songs on the disc are a positive experience, tracks that stand out extra is the evil minded 'Wrapped in ruins'... the furious 'Behind the veil of nights'... and the even more sinister 'my pinnacle of power'. All three are loose cannons that makes you beg for mercy and smash your head against the wall in fright, you get 100% epic doom metal in the veins of Candlemass, Trouble and Count Raven and that's not bad references.

The title track 'Sinews of anguish' is a sad story in almost 11 maudlin minutes that marks the end on this tormenting journey through unholyness and Black Death. This nugget has a few peaceful moments with beautiful harmonies which quickly becomes alive and crushes on like an unstoppable terminator and ends just as calm as it began. This is the first time I have the honour to enjoy Danish doom metal and I can't think of any other Danish band with this particular sound, and as I said before this is nothing for the weak, but for the strong and wicked... Denmark is finally doomed!
Reviewed by Tobias Beament
Myspace
Shadow Kingdom Records
CD Baby 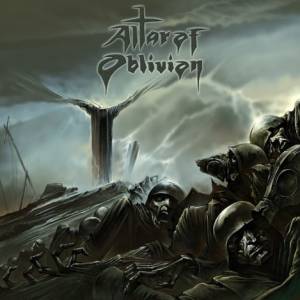 Track List
01 The Final Pledge
02 Wrapped In Ruins
03 Behind The Veil Of Nights
04 My Pinnacle Of Power
05 A Retreat Into Delusions
06 Casus Belli
07 Stainless Steel
08 Sinews Of Anguish
Posted by A.C.Cruiser