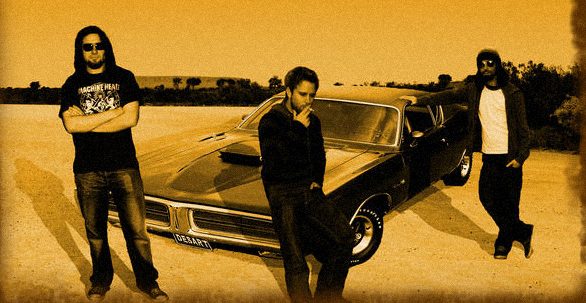 
A little bit of Myspace digging reveals that these guys hail from Germany. Now correct me if I'm wrong but from what I remember of my geography lessons at school Germany is a little short of deserts. That fact is lost on these three guys as they plunder the history of stoner/desert rock on this self released five track EP.

The problem is that there are so many bands out there right now from the Mojave to Minsk who owe a huge debt to bands like Fu Manchu, Unida, Kyuss...etc and there is little here to distinguish Desart from the rest of the pack. It's far from terrible...the riffs rock, the vocals have that dirty, weed burned edge, the guitar is nice an fuzzy and the drums know when to hold back and groove and when to hit the throttle and kick up some dust but there is little here that makes me want to put my copy of The Action Is Go back on the shelf and pick this up instead.

If I were to walk into a bar and these guys were playing I'd certainly grab a beer, nod my head and dig the grooves, especially with tracks like "Nebular Sunrise" which comes very close to Orange Goblin territory. At the end of the night, however, I think I'd go home and pull out my copy of The Big Black and give that a spin instead.

Judging by the band's website and Myspace page this looks like the first release from these guys and is of sufficient quality to merit a listen but I think Desart are still finding their feet and their sound. A couple more years, a few more gigs, several more beers, a shot of whiskey for good measure and these guys could be on to something. 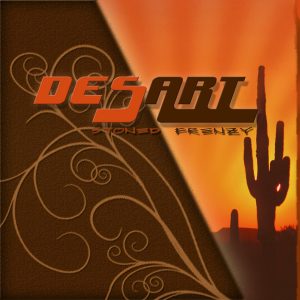