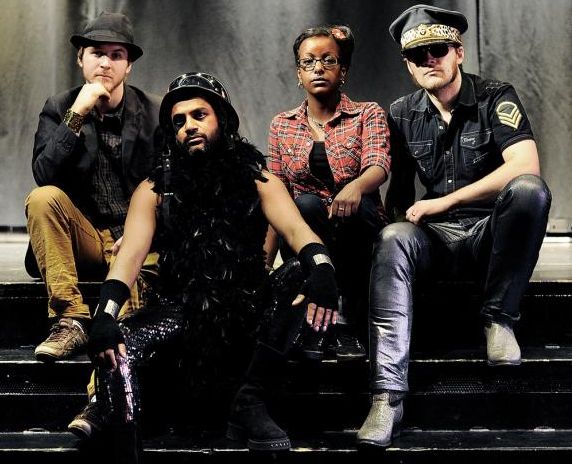 
C'mon C'mon...let's motherfucking rock!
The Swedish Burn has returned with yet another superdooper rock carousel titled 'Rock Royale' that is a cross between 70's rock, Nick Royale and Hank Von Helvete! On the new album Burn offers you 10 fragrant rock'n roll rockets that makes one think of both The Hellacopters and Turbonegro, but also on old fav's like Blue Oyster Cult, Grand Funk Railroad, Poobah and even to some of the punkrock scene in the late 70's.

'Rock Royale' is the second school of rock that Jack Black haven't discovered yet, sad for him because for what I've heard these upstarts are something extra on stage! Unfortunately I missed them when they visited the city where I live. Yes I know, I should be punished for that, and spanked with burning guitar strings:)

The opening track 'C'mon C'mon' takes you on a nostalgic trip through burning amps and heavy hangovers. This is one hundred percent rock'n roll without the fuzz and Burn shows no signs of wanting to join the radio geeks (hopefully). The guitar riffs are cool and the vocals are a sassy mixture of Lydon and "Royale" seasoned with wonderful bass lines. The second gem 'The Wrestler' is something Mickey Rourke should have listen to before he made that movie. A word that pops up is; cocky, neat and tasteful, and when this four piece rock armada plays my ears is dancing with joy.

'A Girl Like You' and 'Oh!' are Burn's punkrock contribution of the disc that recalls of The Ramones or perhaps Boomtown Rats (early works), especially a girl like you. Oh! has a more New York Dolls meets Thin Lizzy feeling which might not be that punkish after all:) Other gems worth mentioning are; 'My Band' and the end track 'South America' which is one of the highlights on the album. Except for that South America is Rock Royale's longest track; it is a beautifully composed piece that contains both glow and superb music-making.

Rock Royale is entirely a safe bet even though there are one or two less interesting tracks. Both the presence and the fun permeate almost everything on the album which makes the less attractive songs to drown in the enjoyment. If you like the bands I previously named you will probably also like Burn. 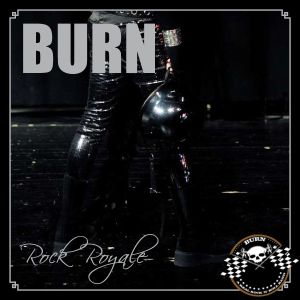