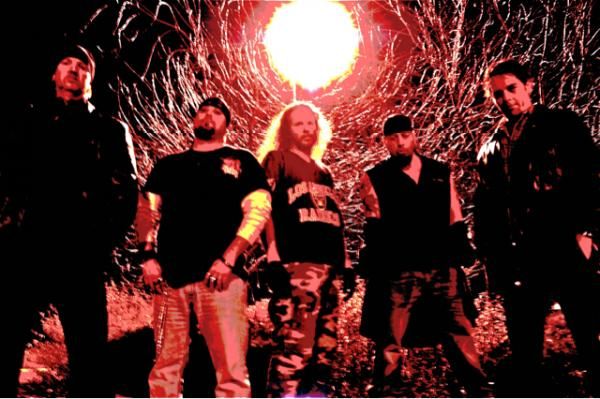 
I stumbled across Death Bed Confession while looking for something else on CDBABY and what caught my eye was the words under the album notes which read: “Five powerful music forces have come together to bring into the world some kick your ass punch you in the face American metal!”. Now normally I would laugh off such a statement, but then I clicked the little play icon on the second track “Preacher” and I have to admit, it did kick my ass a bit. So I contacted the band and they were cool enough to send me a CD.
Once the CD arrived I noticed right away it was a CD-R, which means that it’s probably only a digital release to the general public, which it seems, is the direction a lot of bands are taking these days. However, I think this should be stamped on vinyl to really get the old school vibe it deserves, listening to this album made me think back to when I was a kid playing my old Judas Priest and KISS albums. The dual guitar attack is heavy and thick and would make Dimebag proud, with plenty of guitar solos to chew on. Yeah! Guitar solos! Remember them? The vocals at times have cool harmonies going on reminiscent of in Chains, other times; it’s a Hetfield kind of snarl.
There are really no two songs alike on this album. Some might say that Death Bed Confession doesn’t have direction or know where they are going. To me however, I say they know their metal and mix it up to keep shit interesting. There really is something for everyone on here. Whether your bag is 80’s metal, nu metal, grunge, thrash, power metal, stoner metal, you will find something to love on this album. Being raised on metal, I will always wear the metalhead badge with honor; I rarely hear new stuff from the genre that makes sense to me. I get Death Bed Confession, and I’m willing to bet will you too. Put an ear on it.
Reviewed by Adam Walsh 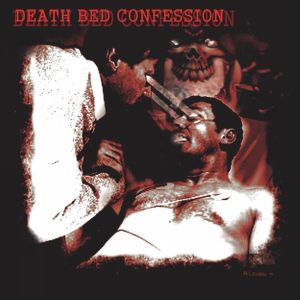