REVIEW: Spelljammer - Inches From The Sun 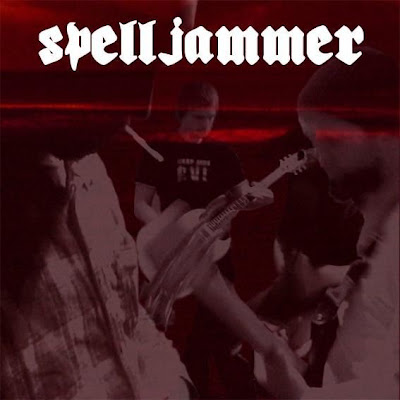 Someone has put a spell on Sweden and the only one that currently can save us from ruin is...Spelljammer!
The Spelljammer surely brings the juice to the fruits.
Their debut four track effort ‘Inches From the Sun’ is just as scorching as the title reveals, I only say this once; YOU CAN ALWAYS RELY ON SWEDEN WHEN IT COMES TO THIS KIND OF MUSIC!
If you are looking for some stuff that kick the balls out of the sack you have probably found the right instrument, because Spelljammer both kick balls and blow speakers (in the right volume). The guys in Spelljammer are currently looking for a label to release their stuff, so all labels; GET ON WITH IT...who will be the winning horse!?
The first song out on this beautifully crafted ep is the full fledged ‘Mountainside’, which starts with heavy grinding doomsday riffs, overlaid with a more stoner-oriented composition. Sludgy and just as heavy as it was meant to be...you get tonage of fuzzness along with a touch of doomsday sweetness. The second act ‘Witcher’ takes over where Mountainside left off, crushing and awe, and just as the previous gem you get a high-octane mixture of pissed off stoner riffs and “cheer” doomsday jumps.
If you like it raw and uncompromising, with clean vocals, you’ll like what these fuzzy wizards have cooked up; they surely know how to do it!
Spelljammer is some sort of hybrid between Acid King and a balls-kicking machine that has been buried in the sand outside Kyuss’ rehearsal “space” just waiting to be unbleached. These Swedes must have been breast milked by both Black Sabbath and Kyuss in early age because that’s just the way they sound, that is a yummy blend of fuzz rock and doom metal with some grunge thrown in. ‘Inches from the sun’ contains four well-crafted gold nuggets in 25 bong loading minutes that deserves to be placed upon the holy mountain of fuzz, not all the way up...but almost. I’m sure that Spelljammer will reach the highest peak next time; so far they have shown that the engine is booming!
Contact the band on MySpace and get yourself a copy, you can also visit Bandcamp to get their tunes. For fans of Kyuss, Monster Magnet, Acid King, Dozer, Sleep, Halfway To Gone, White Witch Canyon, galactus 77, Electric Wizard etc.
Reviewed by Tobias Beament
Myspace
Bandcamp 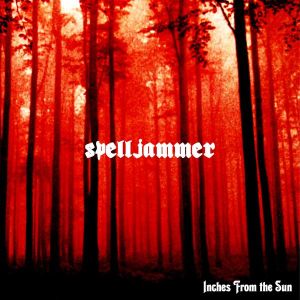